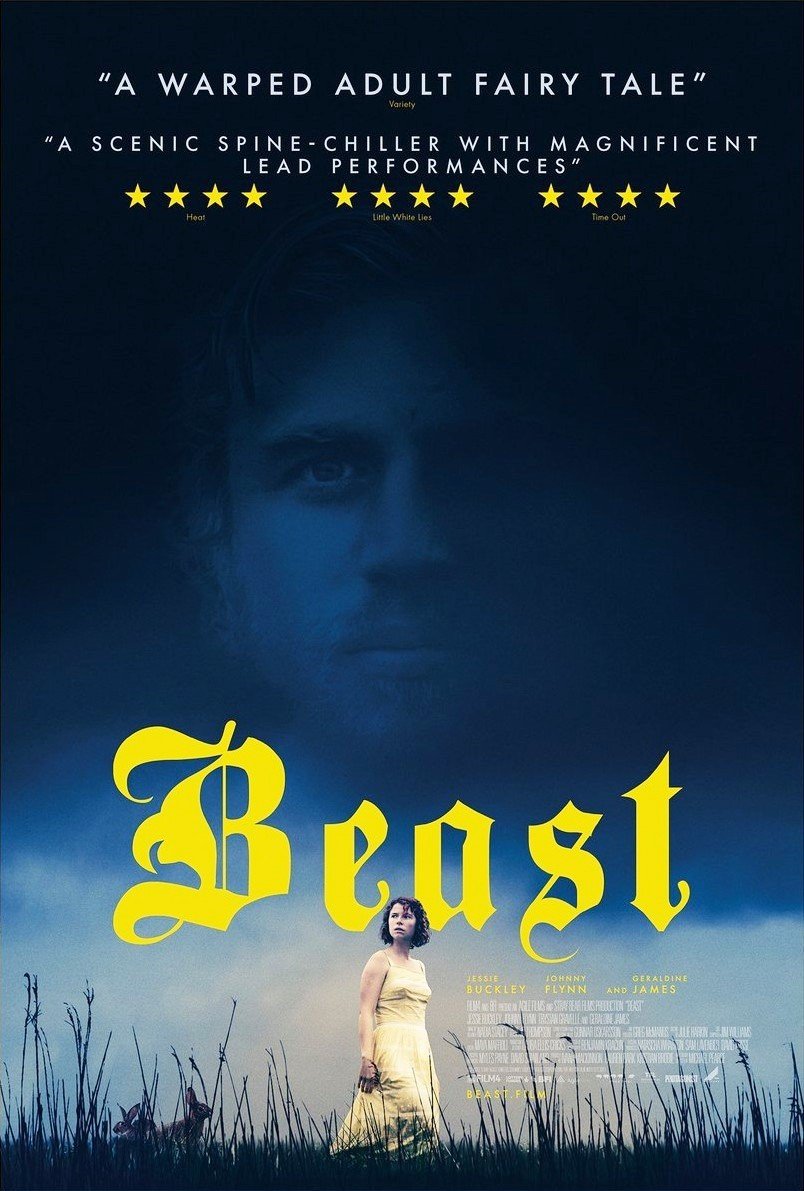 But where’s the Beauty?

Moll (Jessie Buckley) hasn’t had it very easy in life. Constantly bullied since she was a little girl by friends and most of all, her family, she’s looking for a way out of her small town and hopefully into something bigger, better and more accepting of her possibly disturbed-psyche. That all changes when she meets Pascal (Johnny Flynn), a rather dirty, grimy, and odd character who literally pops out of the shadows and into her life. Automatically, she takes a liking to him and he to her, however, there may be a small catch: He’s got a spotty record. Assault, possible rape, and the killing of small animals, needless to say, Pascal is not necessarily any parent’s dream of a future son-in-law, which drives a lot of people surrounding Moll, a little mad. She doesn’t care and continues to love him, even when countless girls in the town wind-up murdered and it’s looking more and more likely like Pascal may have something to do with it. Will love conquer all?

Beast is another tortured-romance flick about two young folks who are bordering on insanity, but there’s a real energy to it that makes it less depressing than it sounds. You get caught up in the love, the feelings, the moods, the expressions, and all the stuff that comes with it, because writer/director Michael Pearce finds something sweet and honest in the idea of two misfits finding one another, falling in love, and not giving a care in the world of who approves of it, and who doesn’t. It’s an earnest notion in an otherwise cruelly dark film, but it’s one that makes Beast much better than you’d expect.

It also helps that even when they’re about to kill one another, Jessie Buckley and Johnny Flynn have this great chemistry that shouldn’t work, but somehow, it totally does. Buckley is this tortured-soul who’s pain you feel just by looking at her, whereas Flynn, who’s already been charming and handsome everywhere else, literally transforms himself into this dirty, grimy and somewhat sketchy character we want to know, love and trust, but just can’t for obvious reasons. Together, they feel like two puppy dogs together, running around, happily in love and it’s the kind you so want to believe in, but you know that deep down, somewhere in the pits of hell, you just can’t.

And such is the problem with Beast: It’s just too drab.

And there’s no problem with a movie that wants to be bleak and unforgiving, but there are times where there has to be some semblance of levity and cheeriness, which Beast doesn’t have all that much of. The times that it does, is whenever Pascal and Moll are continuing to be happy together, per sappy montage – everything else is pretty mean, sad and ruthlessly dreary. There is tension to be had with Moll and her family, but it all comes at a price and reminds us that no matter how far these two get together in their happiness, there’s always going to be something that brings them back down.

Maybe that’s how life is, or better yet, maybe that’s how love is, but it just didn’t sit well for me. Pearce does bring a certain level of tension with the family-problems, as well as the mystery surrounding Pascal, but there comes a point where there has to be some levity and it just never comes for Beast. It’s just one sad and depressing slog of a movie that has some lovely qualities to it, but also may need a shower.

Consensus: Unrelenting in its bleakness, Beast feels like it has too much strength relying on darkness, but also still works as a dreary, yet somewhat sweet doomed-romance.