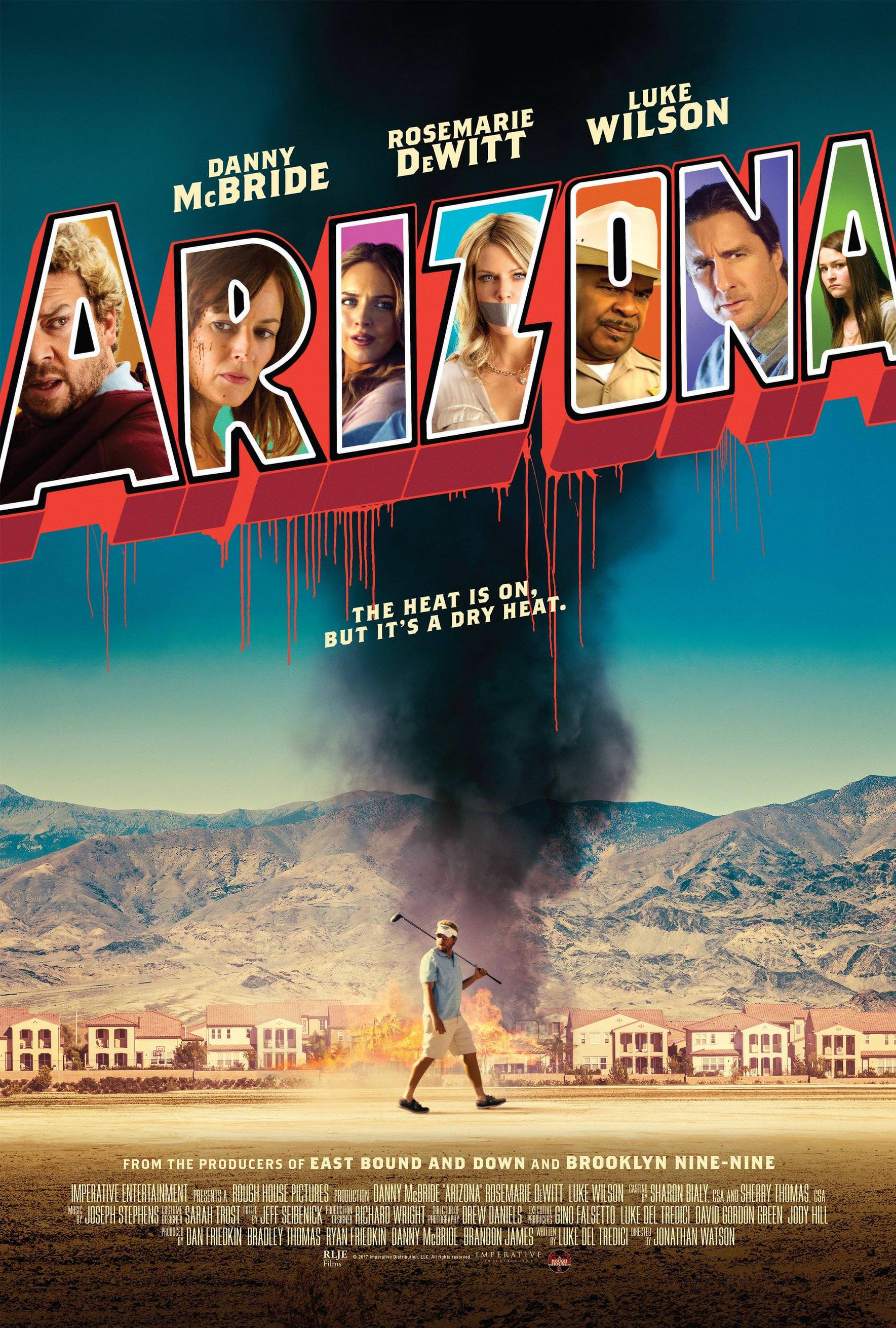 Could it happen anywhere else?

It’s the middle of the housing-crisis somewhere deep in the hot, sweaty suburbs of Arizona and everyone’s feeling the affects. Houses are crumbling, people are moving out, and others are struggling, just doing what they can to get by. One such person is Cassie (Rosemarie DeWitt), a single mother who is doing what she can to sell houses and not lose her cool, even when her boss (Seth Rogen) is thrown off the balcony by a rather rich and disgruntled client named Sonny (Danny McBride) and is killed. So what does Cassie do in this situation? Well, try to run and get away from this crazed-killer as much as she can, however, Sonny isn’t afraid to do what he can to find Cassie, but get rid of her and any evidence that may point all signs to him being the killer that he is. That also means that he’ll have to continue this dark and twisted streak of killing people left and right, no matter who they are or how much his conscience speaks to him.

Arizona is the kind of small, twisted, and weird indie that doesn’t seem like it’s all that worthy of the cast it has. It’s not really all that much about character, nor is it really about the housing-crisis and its awful effects on those within society – it’s mostly about a crazed-killer getting more and more out-of-whack as is body-count continues to pile up. And that’s about it.

There’s no real message, no real interesting ideas, no real compelling characters, and altogether, no real reason to keep watching. It’s just one bit of darkness, after another one and another after that. But at the same time, it’s weird, because Arizona wants to be a dark-as-night comedy that also likes to poke fun at how ironically some of these characters are killed in front of our very own eyes. Heads are splattered, limbs are hacked-off, faces are smashed, and lots of people are shot. Is any of it funny?

Nope, not really. But is it still sort of entertaining?

Well, sort of. I don’t know, actually. Arizona is the kind of movie that’s a perfectly serviceable time-filler, but also feels like it could have been so much more, had there been just a tiny bit more thought behind it. You’d think that with the setting explicitly being 2009 that the housing-crisis would be more properly addressed, but not really; there’s a few funny lines about technology being what it was almost a decade ago, but nothing that really transcends you to that time or ever makes you feel its important enough to matter. It’s mostly just used as a way to explain why this lunatic can get away with as much damage and carnage as he’s able to, without ever having to deal with cops or neighbors.

And it gets even weirder with the cast, all of whom do what they can to salvage a script that’s way too concerned with how to brutally murder its character, as opposed to actually giving them some any level of depth. Danny McBride is clearly enjoying his role as the psychotic murderer, but he’s also kind of a problem – we’re never sure if we’re supposed to hate his actions, but love his personality for being sort of goofy, or if we should just be scared of this man and hate him for all that he is? Because McBride is so inherently likable as is, it’s hard to ever fully see Sonny as this twisted, dark and evil specimen, but the writing continues to want to make us hate him, so it’s a constant battle between what to feel and how to feel.

Same goes for Rosemarie DeWitt who is, as per usual, great, but also feels like she’s working with weak material. Her character is really only ever here as the damsel-in-distress and we never know if she’s going to be smart enough to get out this situation, or what’s her main trick, because well, we don’t really know her. She too, like McBride, is already lovable as is, but once again, there’s just not much of a script.

Just a lot of blood, guts and empty houses.

Consensus: With a weird balance between the darkly chaotic and the oddly humorous, Arizona never finds its groove and makes its cast try to pick up the pieces. They don’t wholly succeed.