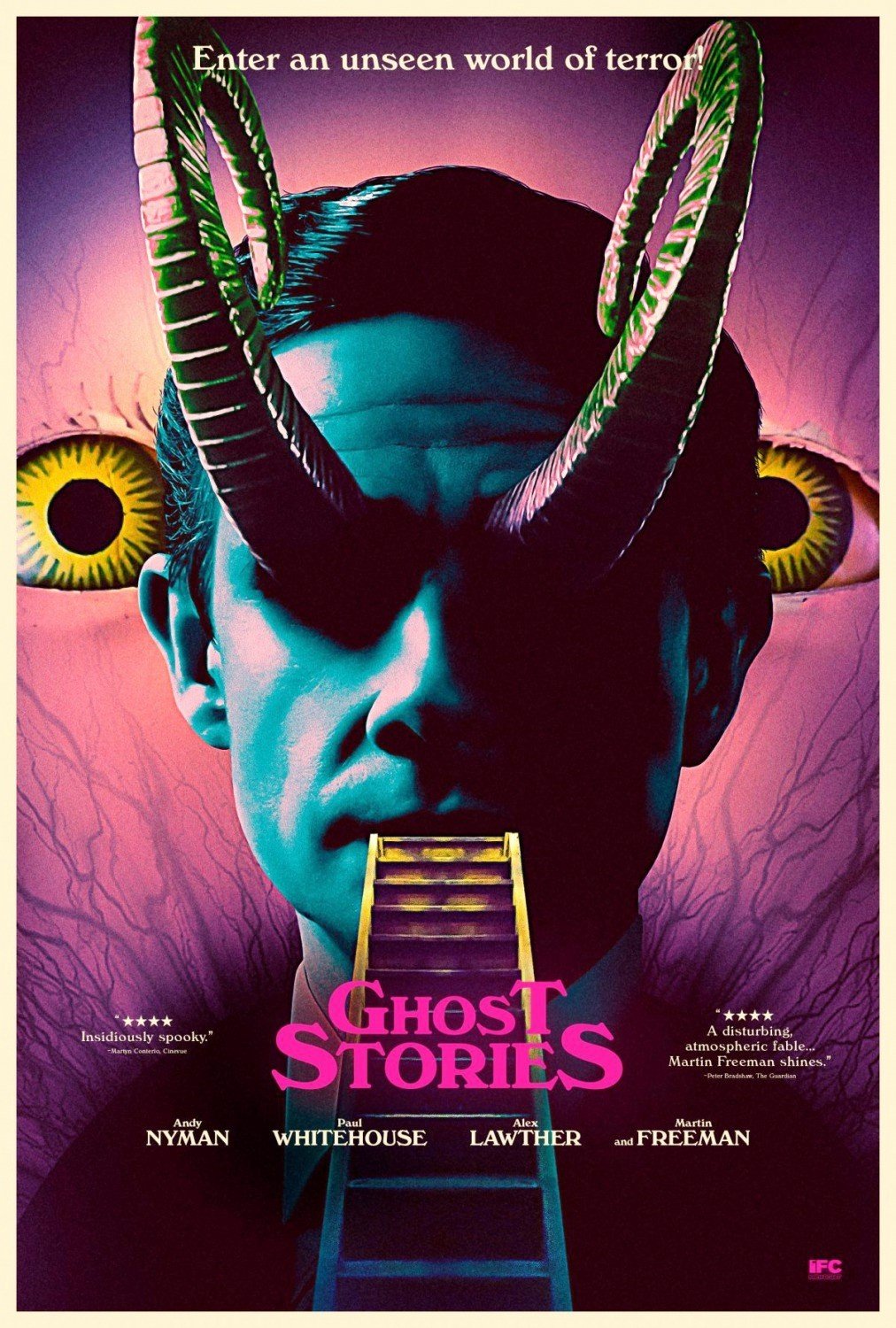 Perfect for the campfire!

Professor Phillip Goodman (Andy Nyman) has devoted most of his life to exposing phony psychics and fraudulent supernatural shenanigans and he’s made quite a career of it. Some people find him a nuisance, but others find him to be helpful and interesting. However, his latest interest has him in a bit of danger when he hears of three stories, all involving supernatural spirits of sorts, and how they affected the person telling the story. Now, it’s up to the Professor to figure out who’s telling the truth, who isn’t, and whether or not he’s going to be able to make it out of these stories with any bit of sanity left in his fragile mind.

Ghost Stories is very much an old-school horror flick in that it features a lot of ghosts, ghouls, and general spookiness that we’ve come to know and expect with the genre, even dating back to the good old days of Frankenstein and the Invisible Man. Yes, it’s all very much a throwback to the times of yesteryear, where even just the mention of ghosts was more than enough to illicit a reaction from the on-looking crowd and Ghost Stories thinks that people are still like that. That may simply work for some, but for others, it doesn’t cut it.

Sometimes, you need more than just a few jump-scares and mentions of ghosts to fully start creeping you out.

And that’s where it seems like Ghost Stories is going for awhile, until it doesn’t. It’s true that some of the best horror, in life as well as storytelling, comes from personal pain and experience, and it seems like with these three stories, Ghost Stories means to be saying something along those lines, but comes to a complete stop when it ever goes any further than just, “Ghosts are scary, man.” There’s this feeling that each of the three-to-four anthology pieces don’t really mesh well together, but as their own little pieces of the puzzle, they somehow fit, and you just never get that impression; it’s as if they were all made-up, without there being any real rhyme, or reason.

And yes, as far as the spooky stuff goes, well, co-writers/co-directors Andy Nyman and Jeremy Dyson do an impressive enough job of keeping us in the dark of what’s going and what to expect next. They have a clear love for creating an aura of suspense and tension, which is where most horror thrives, and when it’s just them having some fun with this atmosphere, then it can be quite enjoyable. But often, it’s not about the scares.

It’s about these small, rather uninteresting stories from these small, rather uninteresting characters and it never fully comes together to make much sense as to why they’re all spliced together. The only real bit of interest is Nyman’s Professor Goodman, who is basically our conduit, but a very good one and brings some interesting discussions to the table about the paranormal and the spooky stuff. But the never really becomes about him, his life, his beliefs, and how he really gets by – it’s just that he likes to hear con-artists be con-artists and then move onto the next.

Yup. Not as interesting as I would have hoped for.

Consensus: Even with the retro-vibes, Ghost Stories never comes fully together as a smart, or even spooky anthology piece, but an okay horror movie that has so much promise.