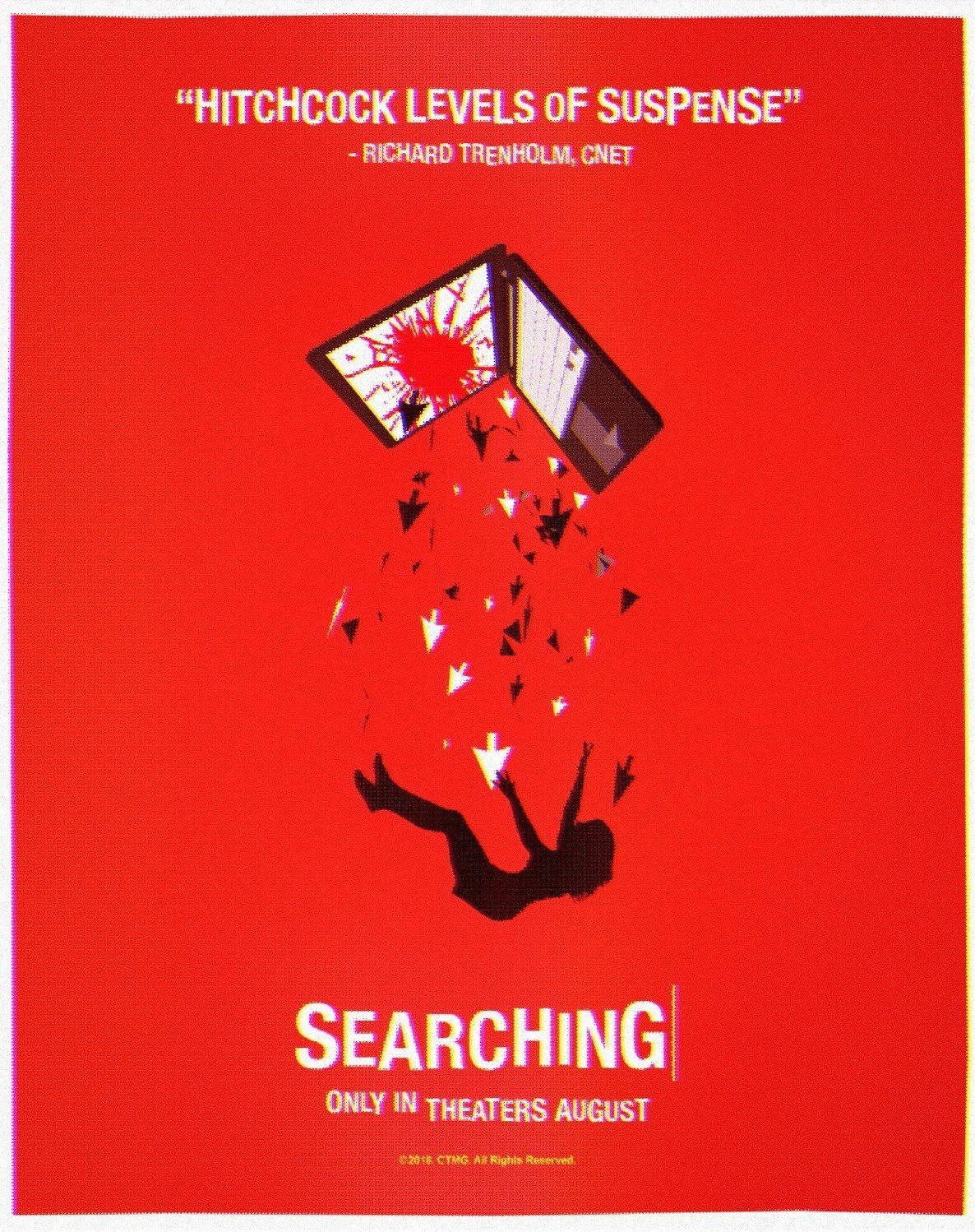 See? Not all technology is bad.

David Kim (John Cho) has had a pretty rough couple of years. His wife battled cancer until she finally succumbed, leaving both him and their daughter, Margot (Michelle La), alone and left to pick up the pieces of their once lovely and happy family. Now, it seems that all they do is fight and try to do what they can to keep something of a loving relationship, but really, with the tragedy that’s already happened to them, it’s very hard. And it doesn’t get any better when, late one night, Margo winds-up missing. Now, it’s up to David to go down every possible alley, every source, and figure out just what the hell happened to his daughter, where she is, and whether or not she’s even alive. And with the help of one of the best detectives in the district (Debra Messing), you’d think that it would be an open-and-shut case, right? Even with the way technology is literally everywhere nowadays, right?

It’s hard to really call Searching a found-footage movie, just in the same sense that it’s hard to call Unfriended the same thing. Both take place solely through the laptop screens, where we see all of the action through the camera on that, and everything else that’s on the desktop. But what separates the two is that Searching, while definitely using this gimmick to its fullest extent, seems to use the gimmick to its advantage, and less of a budgetary constraint.

If anything, without the gimmick, Searching would have been a very boring and conventional mystery-thriller. But with the gimmick, it’s fun, exciting, tense, surprisingly funny, and oh yeah, very sweet. It’s the kind of movie that does a whole bunch of things at once that you want from every movie you ever see, but because it has this gimmick, you almost forget that it’s able to make you tear-up one second, throw you on-the-edge-of-your-seat the next, and have you wind-up laughing moments later, somehow.

You know, what all movies should be able to do, but so rarely actually do.

And it’s why Searching, for all of its faults, is a pleasant surprise. Watching someone literally type away on a laptop screen, make phone-calls, and read the news, is surprisingly effective here and it allows for us to see the story playing out, literally right in front of our eyes. We learn everything every time John Cho’s David does, so that when he’s shocked, we are too, and with every little twist, comes another odd revelation that was kept away from us, because well, it was kept away from his character, too.

It’s smart little details like this that make Searching much better than it looks and you have to credit co-writer/director Aneesh Chaganty with knowing how to make this gimmick work, even when it does descend into some silliness by the end. Still, it begins with a very heartwarming bit of family and love, and ends on the same note; what happens in between is tense and a little unpredictable, all with John Cho acting his ass off in something he could have easily just thrown away and forgotten about. But he didn’t and because of that, Searching‘s much better than it has any right to be.

So yeah. Just see it and I’ll shut up already.

Consensus: Even with the gimmick, Searching works as an effective, tense, and fun thriller, that also deals with family in a sweet way too, somehow.