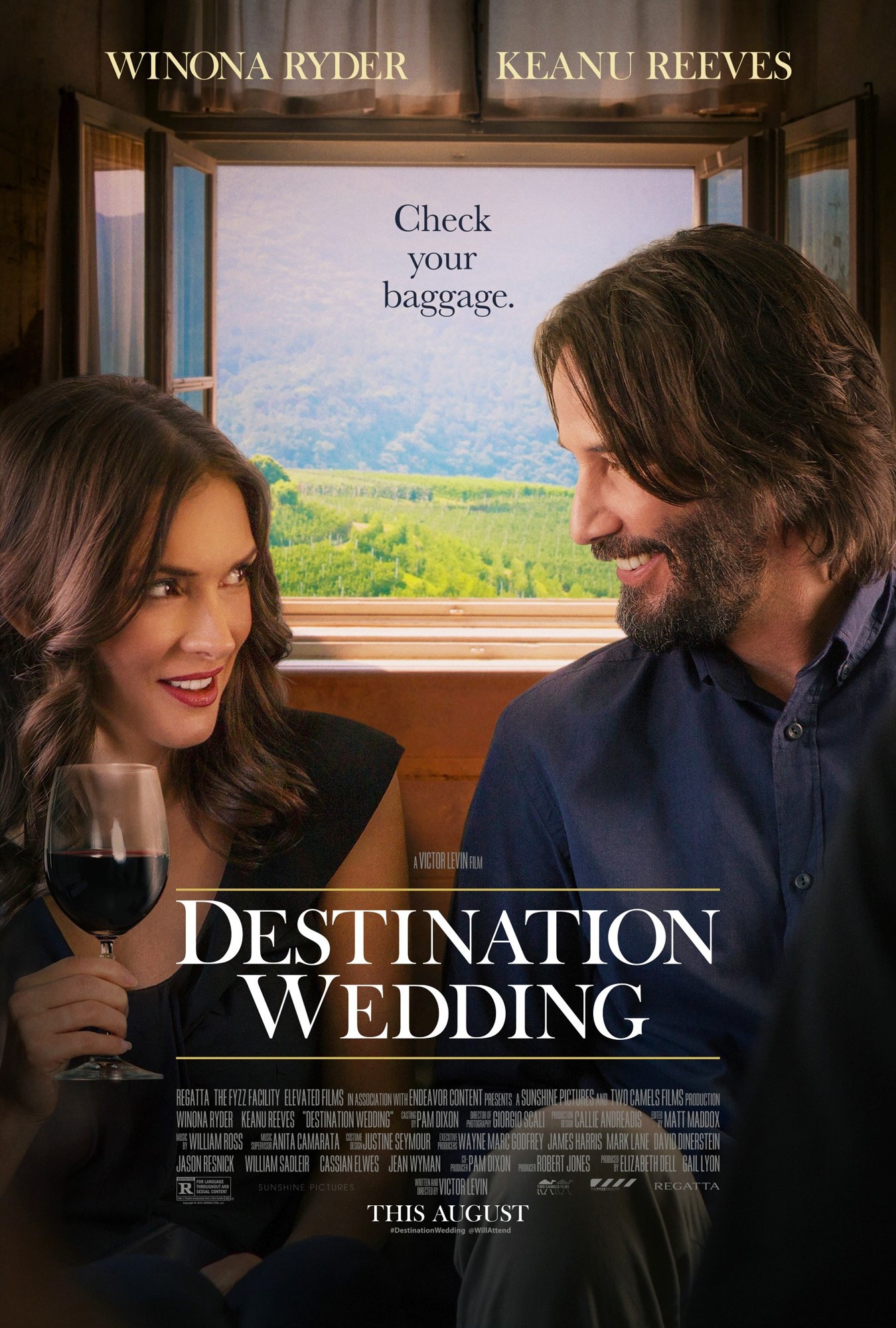 Who needs a reception when you’ve got each other!

Lindsay (Winona Ryder) and Frank (Keanu Reeves) meet one another waiting in line for a plane and they don’t necessarily hit it off right away. They bicker with one another and come close to blows, making it seem like just one of those chance altercations you have with another person where you want to forget about it moments after. However, that doesn’t happen – in fact, quite the opposite. Instead, Lindsay and Frank end up sitting next to one another on the plane, heading for the same destination: a San Luis Obispo wedding. Pissed-off that they have to still see one another and communicate, the two decide to hash things out and see if they really hate each other as much as they make it out to be, until they realize that it’s not the other that’s the problem, but it’s other people around them that are said problem. This obviously draws them a little closer and closer to dare I say it, being romantic.

There’s not much else to Destination Wedding except for Reeves and Ryder and together, the two are great. Writer/director Victor Levin has this odd style of being a cross between Woody Allen and Hong Sang-soo, in which everything is so small and minimal, and all we get is a few somewhat neurotic characters sitting in a room, discussing whatever comes on their mind next, and generally having a distaste for the world around them. It’s a style that can get a tad irritating after awhile, especially when it’s all that it seems like Destination Wedding has going for it, but it’s one that works because, well, Ryder and Reeves are so damn charming.

And how charming are they?

Well, they are so charming that even when it seems like these characters aren’t even speaking like real humans, about real human being problems, it still somehow works; they’re both so light and lovely together, that whatever subject hits them next, feels like a genuine topic. The constant discussions/arguments about life, love, mortality, marriage, mountain lions, sex, age, and all of that good stuff, while not always ringing true due to the screenplay, is still interesting to lend an ear to because of Reeves and Ryder just doing their thing and doing it well. It makes you realize how much we’ve missed them apart and in roles such as this, where they got the opportunity to be actual characters, with hearts and souls, as limited as they may be.

But like I said, Destination Wedding is mostly made to be seen for these two solely and that’s about it. Levin’s screenplay, as I made a mention of before, feels stilted a lot of times, where characters talk and engage in a way that’s not true of any other human interaction in real life, but because it’s a movie, you can sometimes let go of real-life aspects and just enjoy it for what it is. And that’s what Destination Wedding pretty much is: A time spent with unbelievable human beings, who also happened to be played by bonafide movie-stars.

Consensus: Perhaps too cloying and in love with itself to fully work, Destination Wedding mostly gets by due to the inherent charms of Ryder and Reeves, and their chemistry that still has the ability to light up the screen.