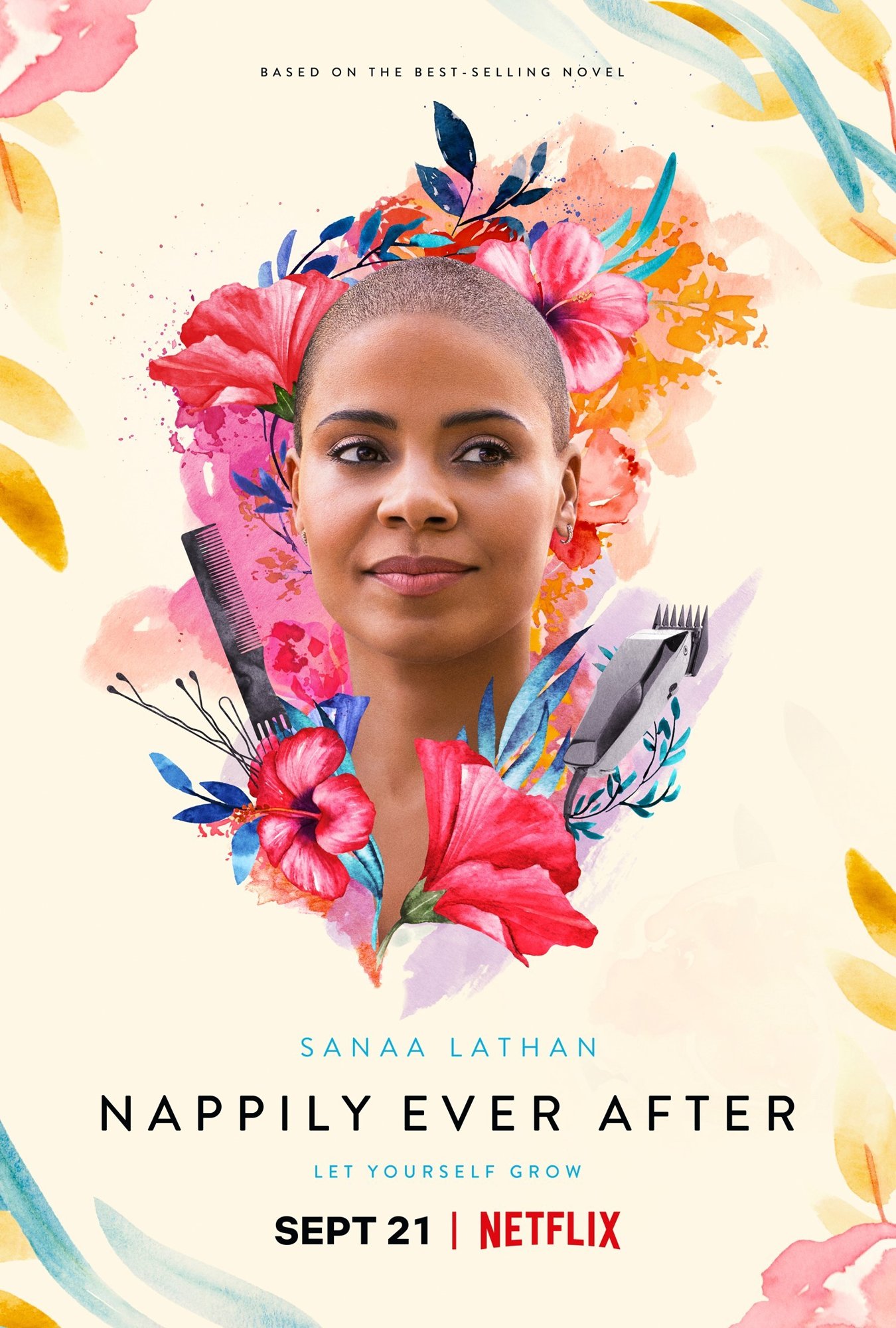 Beautiful, locks and all.

Violet (Sanaa Lathan) pretty much has it all: a good job, good man by her side (Ricky Whittle), respect from her friends and co-workers, and most importantly of all, straight-hair. In fact, the straightness of her hair has been so important to her that, in the years that she’s been alive, it’s been one of her main objectives, day in and day out. But that all goes out the window when, after her and her boyfriend take a break and she gets something of a hair-cut, she decides to let it all go and shave her head. Surprised by the amount of freedom and resilience she feels now, she decides to change even more aspects of her life and take more chances that she wouldn’t have normally took with her long, straightened-hair. Now, she’s a different woman who does what she wants, when she wants, and with whomever she wants, but even the shades of her former-life still come back to haunt her.

Nappily Ever After may be one of those rare movies where I love, respect and agree with the message, but am not a huge fan of the movie. Its message – made to empower women and to have them be whoever they want to be, regardless of what the rest of society dictates for them – is still an awfully relevant one. But the movie, unfortunately, is the kind that’s very workmanlike, very formulaic, and very dull.

Which leads me to sit and wonder: Do I give this movie a pass?

A part of me says yes, because apart from its message, there is still a great performance from Sanaa Lathan in here, but everything that isn’t her, just doesn’t quite work. Oddly, it feels like a rom-com straight from the early-aughts, or even late-90’s, but with a much more powerful message and progressive take on gender-politics. But it’s hard to really feel empowered and strong-willed after watching something that seems as manufactured and as conventional as this, which lead me to wonder whether or not it deserves the pass.

Honestly, it’s a toss-up between the two options. It’s not a very challenging movie, even if it sometimes feel like it should be; even the idea of sexism in the workplace, as a relevant struggle women still face today, is barely touched upon and even when it is, it’s done so in the most obvious, ham-fisted way that it’s almost laughable. Same with just about every scene involving Lynn Whitfeld, who plays Violet’s mother, and feels like she’s channeling Faye Dunaway from Mommie Dearest, making every scene she crows her way into feel like an out-of-place step towards bizarre-o comedy.

Which is a shame because Nappily Ever After never really seems to know what it is, either. It plays itself loose and goofy, where Lathan is dancing around and shaking her body by herself in a drunken-haze, but moments prior, feature the same character bawling her eyes out as she rips away her hair, after already confessing her anger with her image. It’s an odd transition Nappily Ever After tries to make and to be honest, it never quite works.

But Lathan is great, so I guess that’s maybe a reason to see it? I don’t know. Just see for yourself.

Consensus: Even with a powerful message and solid performance from Lathan, Nappily Ever After never becomes more than just another manufactured, formulaic, dull, and tonally-messy rom-com.