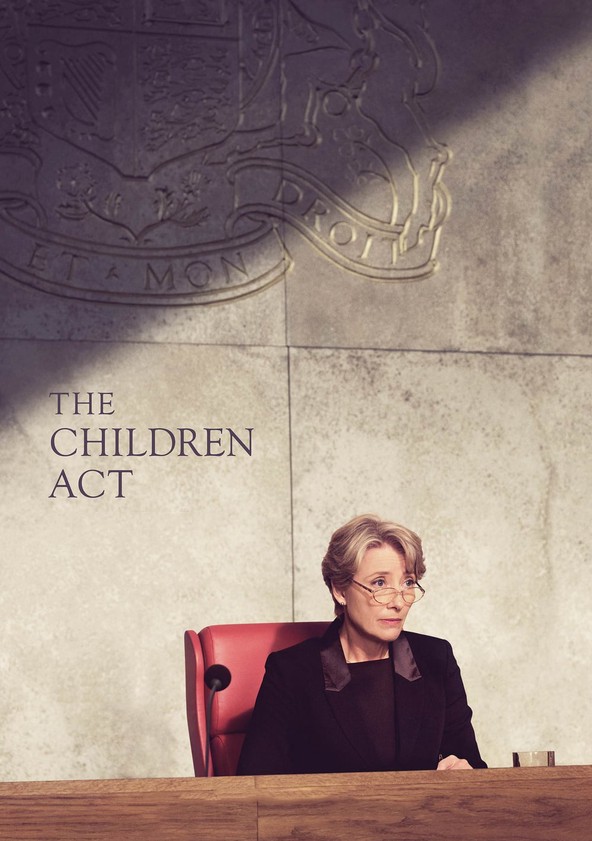 I think we all wish Emma Thompson was our mum.

Fiona Maye (Emma Thompson) is a High Court judge and when she isn’t doing her job, she’s juggling her home life that is currently in shambles. Her husband (Stanley Tucci), growing tired of her hardcore dedication to work and nothing but, wants to have an affair and may even want a divorce, whereas she can’t think of any free time in her schedule to clear up so that her and her hubby can come back together and figure everything out. During all of this, Fiona sits judge for a case involving a teen named Adam (Fionn Whitehead), who has to receive a life-saving blood-transfusion to battle his cancer, even though it’s against his religious-beliefs. The two meet and hash this thing out and their lives are never the same again.

For the first half-hour or so, the Children Act plays out like a formulaic, almost made-for-TV courtroom drama in which we get a lot of objections, a lot of yelling, pontificating, and English-accents. It’s all fine and well put-together, but it feels like something you could watch literally anywhere else, except this one has the likes of Emma Thompson, Stanley Tucci, and Stanley Tucci. But then, something changes.

The movie gets weirder and somehow, a bit more interesting.

But what’s odd about the Children Act is that while it may seem like it’s going to be a message-movie about religious-beliefs against doing what’s right, the movie ends up not really being about anything. Director Richard Eyre sets everything perfectly and gives us more than enough small, subtle human-moments to give us the impression that this is a dark adult-drama, until it becomes something much differently. And yes, I’m holding back without giving too much away, but to say that the Children Act changes and gets a tad stranger.

But does it work? Sort of, but not really. Mostly, it’s the performances from Thompson, Tucci, and Whitehead who save the day, making these characters feel like actual human beings. Thompson is especially interesting to watch as we get to see her grapple with an altogether challenging-character who’s stubborn, rude, and a little brash, yet, has dedicated her life to law and is not going to lose sight of that now. The scenes she has with Tucci where they’re just sitting in a room, talking and most of the time, arguing, are some of the most compelling to watch and had the Children Act just been that, it probably would have worked better.

Instead, we get a rather weird twist halfway through, where the movie becomes about a supposedly forbidden-romance, where Thompson’s character gets less and less interesting, the more the movie throws twists at us. That said, it is a different twist on things that we’ve seen before, so maybe it’s not all that bad, right? At least the acting is good and sometimes, that’s all you really need to save the day.

Consensus: Even with superb performances from the cast, the Children Act falls prey to a strange twist about halfway through that doesn’t quite know what to do, or say.