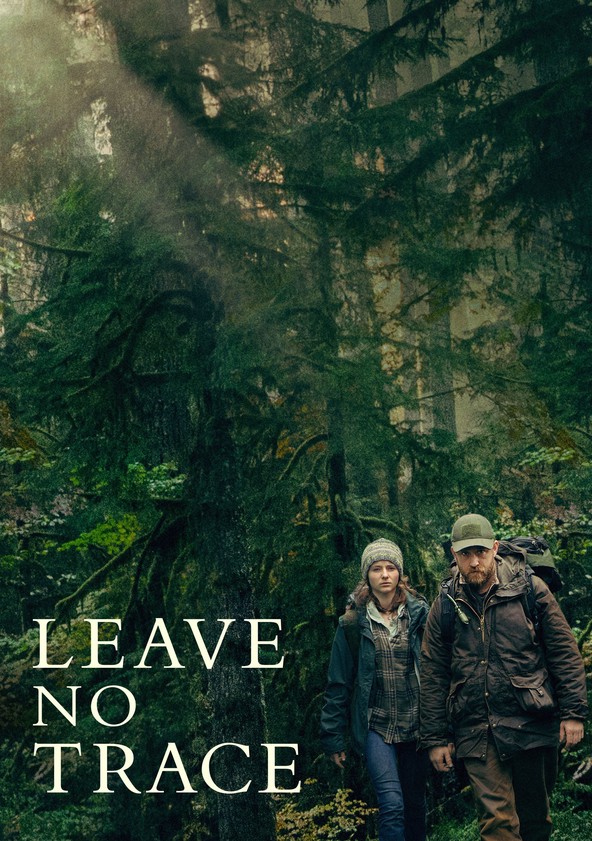 Roofs over heads are so overrated anyway.

Will (Ben Foster) and Tom (Thomasin Mackenzie), are a father-daughter combo who have been living out in the woods for quite some time. They survive off the land around them, they have a code, and mostly, they stick to the wilderness where the rest of the world can’t be snooping around in their business. And why is this? Well, oddly enough, it turns out that Will doesn’t do well with the rest of the world and because his PTSD has become far more serious as time goes on, he decides that he and his daughter are best out in the woods, gathering sticks and taking care of themselves. But that all changes when, through chance encounters, Tom gets a fresh breath of the rest of the world and she finds out that she quite likes it, which begs the question: Continue to live in the woods, or actually become a normal member of everyday society?

Leave No Trace is the perfect example of a movie that’s easy to admire and respect, rather than actually enjoy. It’s assured, paced well, well-acted, shot beautifully, and interesting because of the opportunities it provides for its story, but mostly, it never quite gets off the ground. There’s always this odd feeling that something’s going to happen very soon, not just because that’s how all movies work, but because there are many of times where Leave No Trace promises it with the air of tension and suspense in the air.

But surprisingly enough, nope. It’s kind of a hoax.

Which is fine, in a way, because writer/director Debra Granik isn’t trying to make another Winter’s Bone here, but instead, something much more calmer, nicer, and languid. Granik has a great way of showing us without ever really telling us what it is she wants to convey, or where she wants to go with her story, which makes Leave No Trace worth watching for just about every second it’s on the screen. Even when all the characters seem to do is gather sticks and walk through mud, there’s still something to keep your eyes out for and that is most definitely a credit to Granik’s direction and her knack for finding something compelling, in something as boring as foraging food.

And it’s also a credit to the great performances from Foster and newcomer McKenzie, who demand your attention each and every second. By now, Foster is known to be great and he’s impressive here, because every little movement he makes, counts and has you wondering what he’s going to do next. He’s not an awful person, or even a very dangerous one, but he’s a person with obvious problems and he makes you watch him sort through it all, in some big, but also small ways.

Same goes for McKenzie whose Tom is an interesting character because she never truly feels like a kid, but yet, also not an adult. They have a neat dynamic where it’s always the adult leading the child, yet, it begins to gradually change in small, subtle ways, and McKenzie always feels like a powerful force, even when she’s not on-screen. As Granik did for Jennifer Lawrence, expect to see a whole hell of a lot more of McKenzie in the next few years.

But once again, the problem with Leave No Trace, even despite the unanimous critical-acclaim it’s received? It’s just kind of there and that’s it.

It sounds like a silly complain, I get it, but for even someone like yours truly, who does appreciate fine art-movies, regardless of how challenging or slow they can sometimes get, even the deafening silence and casual pace of Leave No Trace can get a bit tiresome. There’s a part of me that was happy to watch a good film be made in front of my very eyes, but at the same time, I also wanted it to get moving.

Maybe I’m getting a little too restless in my old age. I don’t know.

Consensus: Even with its leisurely pace, Leave No Trace works as a subtle, character-driven drama about family and love and the important ties that bind.