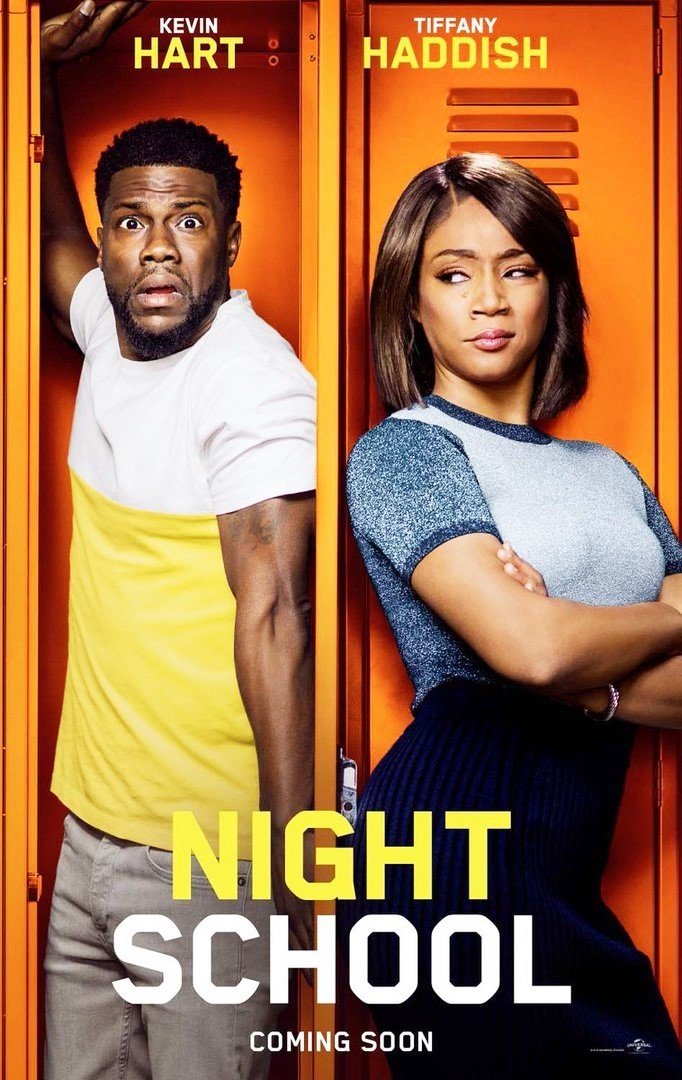 Teddy Walker (Kevin Hart) has never been the biggest and best person at school, and it really hasn’t affected him much in his life. He’s got charisma and can talk to practically anybody, which makes him such a great salesman for a local BBQ store. However, when it turns out that he may actually have to get a better job, so that he can support him and his girlfriend (Megalyn Echikunwoke)’s spending habits, he realizes that he probably shouldn’t have given up on school so quick. So, he enrolls into night school, where he’ll hopefully get the opportunity to get his GED. But it’s not going to be so easy; his teacher, Carrie (Tiffany Haddish), isn’t going to allow him any short-cuts and just about everybody else in the class is either crazy, disturbing, or plain and simply mean to him. Altogether, they each try their best to pass the GED test and move on in their lives, even if Teddy is still the one trying his best to get past it, the easiest way imaginable, without any sacrifices whatsoever.

And doesn’t he know that you can’t just breeze past life?!?

There are five writers for Night School and there absolutely didn’t need to be; nothing here feels organically funny and the jokes don’t really land. The ones that do, as soft as the landing may in fact be, seem to come solely through the actor’s mind and nobody else’s, which once again reminds me: This is, yet again, another studio-comedy that thinks writing and setting-up jokes is too much work. Simply just having your ensemble up there on the big screen, as talented as they may be, riff and make it up as they go along is more than enough to warrant laughs, without ever having to really put in much of an effort.

Which is ironic considering that Night School is about a guy who does whatever he can to get by, through any cheats, shortcuts, or breezes imaginable. The same could obviously said about the five writers who really don’t really bring much to what this kind of a premise could promise; even discussions about the education-system seem like they’re barely even here or even pop-up. Night School is the kind of movie that obviously wants to laugh at these wacky and crazy hijinx of having older, slightly dysfunctional people in night classes, but when it comes to actually bringing up why this may become more and more of a reality for generations to come, yeah, it doesn’t even touch that.

Then again, nor should it. Night School isn’t attempting to be a serious, or hell, even a smart movie. It’s going for laughs, plain and simple, and on that point, then yeah sure, it’s amusing to say the least.

Once again, it’s a studio-comedy where practically everyone here is just making it up on-the-fly, which means that a lot of it misses, but the stuff that does hit, hits better than you’d expect. And really, with this crazily talented crew, you can’t be all that shocked; Hart is doing his usual over-the-top shtick, whereas Haddish herself is much more downplayed and subtle than you’d expect. She’s still funny, but a different sort of funny, which makes me curious to where she continues to go next with her career.

And while we’re talking about this cast, why are there so many great people here who don’t have much funny stuff to do? For instance, you’ve got the likes of Mary Lynn Rajskub, Romany Malco, Rob Riggle, Taran Killam, Al Madrigal, and the aforementioned Haddish and Hart in a room, yet somehow, Fat Joe, of all people, ends up being the funniest? What’s going on here? Are we just not using the best takes for the final-product, or are we just not even giving it enough effort when it comes to writing funny jokes and bits and watching how the people on the screen speak them and act on them.

That’s what screen-writing was invented for, but for some reason, studio-comedies have forgotten about this, cause they just don’t care. As long as Tiffany Haddish and Kevin Hart are on the screen, yelling and fighting with one another, then who needs actual, smart hilarity?

Just roll with it and see where it takes you. Woo hoo.

Consensus: With a talented cast like this, it’s hard not to get any laughs, but somehow, Night School comes dangerously close to failing on that front, especially since there doesn’t seem to be a script. Like at all.