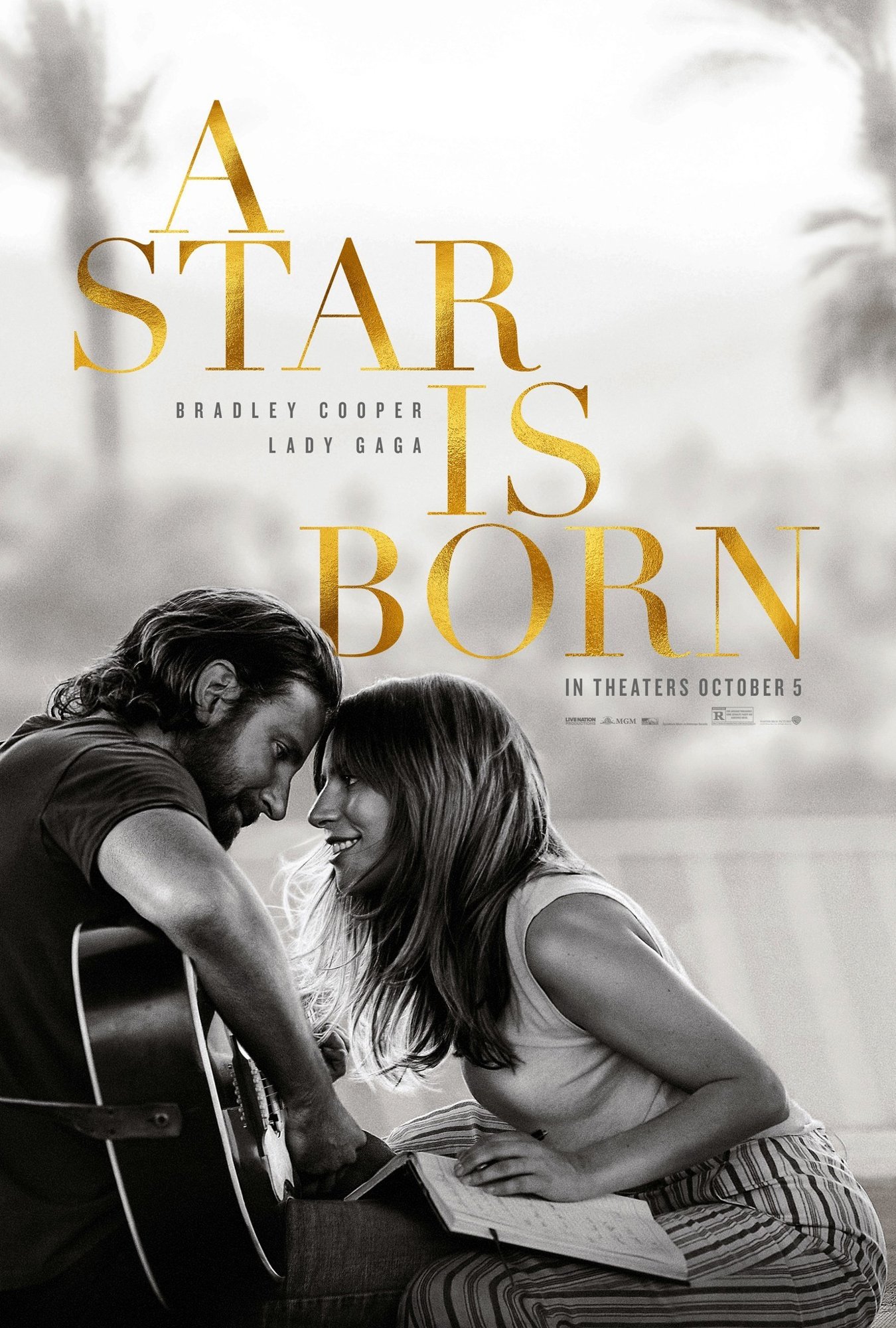 Country-star Jackson Maine (Bradley Cooper) is probably one of the biggest names in music and he’s only getting bigger and better. But with all of that fame and fortune, comes his issues with his hearing, as well as his drinking. However, just when things are looking awfully down, he discovers Ally (Lady Gaga), a bright, young and ridiculously talented singer who he instantly falls head-over-heels for. She feels the same way about him, but because she’s just another normal, everyday gal who was always told that she’d never be good-looking enough to make it big in the music-scene, she just sort of gives up hope and continues to sing in drag-clubs, maybe one day getting that big break. Turns out, that big break comes when Jackson calls her up on stage one night to perform her song, they fall in love, and, as they say, the rest is history. But because this is the cold, sometimes cynical world of music, not everything’s as glitzy and glamorous as it may look up on the stage.

Yes, this is the fourth time that A Star Is Born is being told, but it makes sense. It’s a classic tale of love, music, ambitions, hopes, dreams, depression, sadness, and how all of those factors can come crashing together at once, and can make, and sometimes break, any person. While it may seem all cheesy and conventional, even for 2018, surprisingly enough, this latest retelling of A Star Is Born feels new, vibrant, fresh, original, and most of all, exciting.

And it also happens to be one of the best movies of the year.

See, what makes A Star Is Born so vibrant and compelling to watch is that there’s actual heart and emotion to this story, to these characters, and to this relationship that no matter where it goes, or how often you’re able to pin-point what’s going to happen and when, it still works and surprises you in a weird way. As a director and co-writer, Bradley Cooper isn’t all that showy, but that actually aids his movie much more; the big, bright, and electrifying concert-scenes, actually work perfectly alongside the small, subtle, and almost sparse dramatic-scenes where it’s just a few people, sitting in a room, talking.

And it’s even more surprising that for his first feature behind the camera, Cooper knows not to get too in the way of things, allowing Lady Gaga to give an amazing performance as Ally, the one bright and shining star in the sometimes dark and grainy world that A Star Is Born takes place in. While it may seem like stunt-casting at its most obvious (because guess what? Lady Gaga can sing!), Gaga is perfect for this role as Ally because not only can she belt out the tunes, but when it comes to her having to act and actually emote, she’s perfect. There’s this raw, almost broken fragility to her that constantly clicks in every scene and in ways, makes Cooper’s performance better as a result.

Which is no easy feat in the slightest.

And together, they’re a match made-in-heaven. The chemistry these two have is more than enough of a reason to fall in love with this movie, as well as these characters. Sure, they may be representing “types” that have been constantly written and written about, time and time again, but they still make it work because there’s a genuine bleeding heart and soul to them that makes every moment, small or tall, work. They feel like they’re actually falling in love in front of our own eyes and even when they aren’t together on the screen, you still feel something – almost that tension you feel when you’re in love.

Consensus: Even if this story has been told many times before already (three to be exact), this latest retelling of A Star Is Born is bold, bright, beautiful, and emotionally powerful, mostly due to Cooper and Gaga’s great performances.