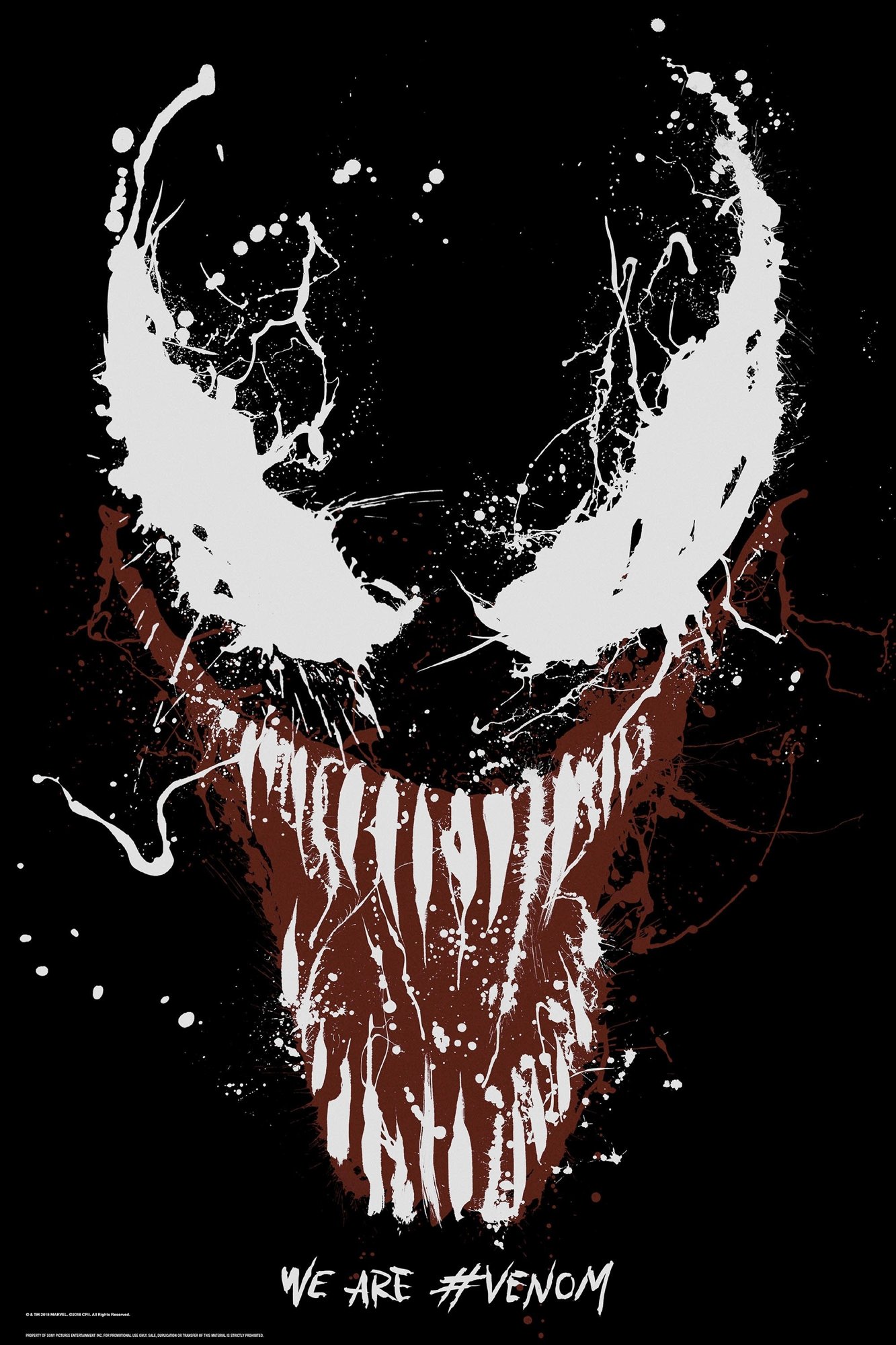 We are all Venom. I guess.

Scrappy San Francisco reporter Eddie Brock (Tom Hardy) is known for a few things: Being brash, exposing the truth, calling out powerful people, and oh yeah, riding his motorcycle all around town. But when he interviews scientist/pharmaceutical billionaire Carlton Drake (Riz Ahmed) about the possibility that he may be testing a new experiment on homeless people and killing them in the process, then he’s gone a step too far, loses his job, his fiancee Anne (Michelle Williams), and home. Now, he’s just about left with nothing, until Dr. Dora (Jenny Slate), who works for Drake at his lab, feels a heavy-conscience and decides to let Eddie know that what he thinks is true. Then, it all gets a little crazier when Eddie actually gets infected by this mysterious symbiote that can take over any person’s body and do whatever it is that it wants its host to do. And in Eddie’s case, he’s in a whole heap of trouble.

First things first: Venom is not a good movie. It’s silly, tonally disjointed, weird, and downright goofy. But there’s something ridiculously enjoyable about this movie that, no matter how crazy, or odd, or even random it got, there was still something that always brought me back to it. It never felt like it was trying too hard to be hip, edgy, cool, or witty in the self-referential way that the Marvel movies pride themselves on – it’s doing just fine getting by on its self-imposed charm, which works if you’re willing to roll with it.

After all, it’s not the R-rated Venom we all thought we were going to get. But maybe it didn’t need to be.

For instance, Venom is so clearly a movie made for those above the PG-13 line, which may not sound like much, but actually means something; Marvel movies have been so clearly marketed towards kids and the whole family, that you’ll hardly get anything truly weird or spicy. The occasional s-bomb may come flying out, but that’s about it; Venom, we get a few curse-words and a whole lot of PG-13 bloodless carnage (no pun intended please), but there’s this tone that makes it feel like something different and geared towards a much more unique audience, much like Suicide Squad was.

But Venom is better than Suicide Squad (a movie which, on second-viewing, does not hold-up a single ounce),because it at least has fun with itself and doesn’t try too desperately to play it safe and serious. Watching and listening to Tom Hardy run around the whole movie, eat raw meat, sweat through all of his clothes, scream, hoot, holler, talk to himself, and argue with Venom itself, is a treat to behold. Hardy’s not at all doing it for the paycheck here and instead, he absolutely throws himself into one of his more outlandish and over-the-top roles, which for a guy like him, is really saying something. Those expecting Venom, the character, to be a much more sinister, evil and wreckage-filled demon, will be surprised to see that while it’s perfectly violent in the ways you want, it’s more comical when it’s jousting with Hardy’s Brock, who seems like a total goof throughout the whole thing.

And really, just watching Tom Hardy is the real treat to Venom and why it works as well as it does, even when it’s not supposed to.

And it’s odd, too, because a lot of Venom is confusing. It’s story doesn’t always make sense; it’s tone can veer wildly from a Three Stooges-like slapstick, to a dark and disturbing sci-fi drama in the vein of Tim Burton; the characters never follow a cohesive pathway, with Ahmed’s Drake going from 1-to-100 in the crazy-o-meter within about five seconds of meeting him; and all of the dark, grainy and over-stuffed action by the end, just doesn’t work and feels like something else entirely. It’s as if director Ruben Fleischer maybe had a clear idea of what he wanted to do, but so many powers at be got involved and switched things up the way they saw it.

Like with Fantastic Four, or the aforementioned Squad, the end-result usually turned out to be a ridiculous mess. But oddly enough, Venom is only somewhat of a mess, because it never forgets to maintain its fun, its wackiness, and most of all, it’s never-ending desire to continue to be the one in on the joke. Sure, it’s easy to admit that we wanted an R-rated version, but at the end of this possible franchise-starter, I found myself wanting more and excited for what’s next for the wacky and wild adventures of Eddie Brock and co.

Just please, I beg of you, please do not start with the non-stop crossovers.

I say this and yet, I realize that it’s probably too late. Damn.

Consensus: While no doubt a ridiculous mish-mash of what better, much more improved superhero flicks have done recently, Venom still works as a different change-of-pace, with a sillier-tone and an even sillier performance from the always-game Tom Hardy, making this a surprisingly enjoyable movie, if you know what you’re getting.