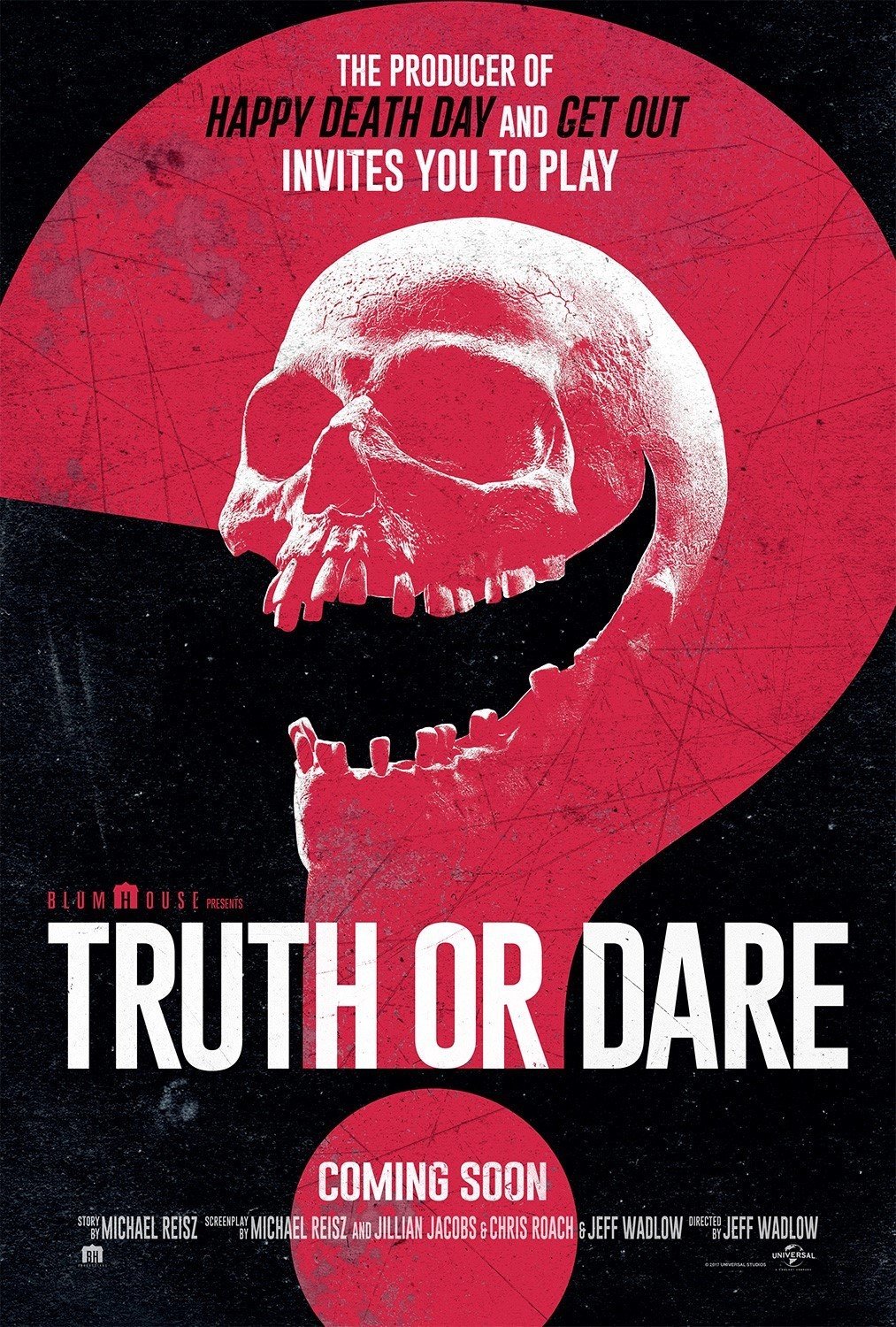 Why are 20-somethings still bothering to play this game? Just drink and have sex!

A bunch of college friends decide that on their last week before graduation that they should travel to Mexico and do what all young people do in Mexico: Drink, party, and have lots and lots of crazy sex. But one night, while travelling around a sacred, ancient tomb, they decide to play a random game of truth or dare. And what originally starts out like a simple and easy game full of wacky and wild shenanigans, soon turns into something more deadly, with different rules, and people beginning to die as the days go by. Now, it’s up to the friends, those who are left standing that is, to figure out just how to get rid of this curse so that they continue to live their lives, as well as play truth or dare, in perfect peace, tranquility and harmony.

Truth or Dare is easily one of the worst movies I’ve seen in a long time. It’s not the worst ever, per se, because it did make me laugh a lot. And without any of that stuff, really, this movie would have been far more miserable to wade through, given that it makes barely any sense, doesn’t really seem to build-up to anything, and is literally about a killer game of truth or dare.

I mean, come on, people!

But like I said, it’s the kind of movie that takes itself so seriously and thinks that it’s being so terrifyingly scary, that it’s hard not to laugh at it. Director Jeff Wadlow seems stuck between what’s actual comedy and what isn’t, so he settles for somewhere randomly in between and it makes you question just what kind of film they were making, but whether or not anyone cared. It’s as if the movie was filmed and edited in such a rush-job (as is usually the case with Blumhouse productions), that no one really seemed to bother with whether or not the movie, you know, worked.

And it’s not just the mythology, the story, or the rules of this curse that didn’t work for me, because everything from the wooden-acting, the piss-poor characters, and the lack of actual scares, just got to me, too. I wasn’t expecting anything magnificent or great, but for a lower-budget horror-flick in 2018, this should be a little better, with a bit more effort shown on the sides of those behind it. To just have lazy jump-scare, happen one after another, doesn’t do much, but instead stick with the rest of the other horror-flicks out there that can’t muster-up enough energy to go above and beyond the cheap and lazy thrills that Truth or Dare brings up.

So maybe I can’t hate it totally, right? The last movie (horror-related) that I hated more than this was the last Paranormal Activity, which was absolutely devoid of any thrills, chills, scares, humor, or characters that compelled me in even the slightest. So the bar is set pretty low and Truth or Dare doesn’t quite hit it, but it does come awfully close.

Just please don’t give me another one of these. Please.

Consensus: Ridiculously plotted, lazy, boring, and unintentionally hilarious, Truth or Dare never knows what kind of horror flick it wants to be, or even if it wants to attempt to be even the slightest bit scary.