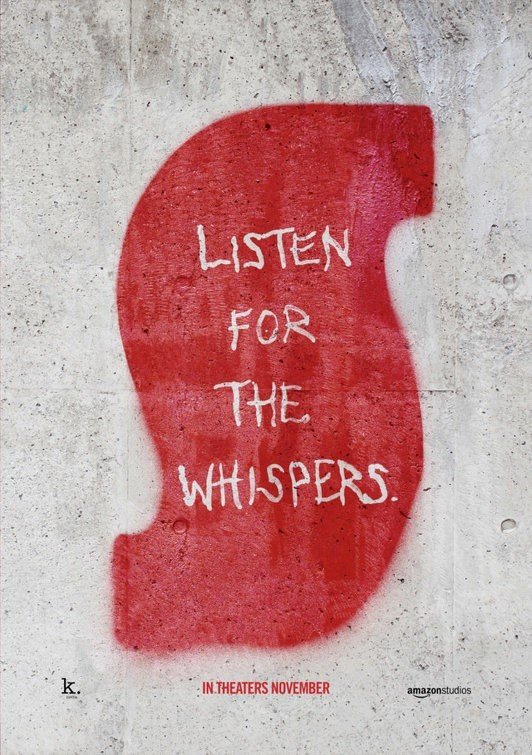 Is ballet back in?

It’s Berlin, 1977, and Susie Bannion (Dakota Johnson), a dancer from the U.S., comes all the way over to dance at the Markos Dance Academy. Even though the competition is stiff, the rules are strict, and headmaster Madame Blanc (Tilda Swinton) is notoriously uptight and mean, she still somehow gets in because of her talent and what sort of power she holds over the other students. But as she’s there, Susie notices that a lot of weird and crazy stuff is happening at the dance academy. Like, for instance, how the headmasters all snicker quietly to themselves and hide in dark rooms. And another oddity is how certain people, students and normal civilians, go missing after they’ve entered the academy, letting her to wonder: Just what is this place? And if it’s so damn dangerous, why is she even bothering to stay?

Originally, Suspiria was supposed to be over three hours and you can tell. Even at two-and-a-half hours, Suspiria is still jam-packed to the gills with plot, characters, hidden-meanings, analogies, metaphors, symbolism, political statements, and most importantly, creepy stuff, that you begin to wonder just how much more they had in this thing. Cause even at two-and-a-half-hours, for some reason, there still feels like there’s a lot missing, or perhaps, maybe too much?

In a way, yes, trapped somewhere deep inside in this reworking of Suspiria is a solidly creepy, disturbing, and bone-chillingly tense 90-minute horror movie that’s just waiting to get out. However, with that, we also get another hour or so of subplots that really go nowhere, characters that don’t do much but foreshadow, and a whole lot of vagueness surrounding certain plot-points, exposition, and character-motivations that we actually should know a little something about, just so that we have a clear idea of just what the hell is going on. And smashed together, Suspiria doesn’t really work.

Does that make it a bad movie?

I mean, not really.

It’s definitely a memorable experience that will you have shaking your head wondering what’s happening, but at the same time, still dumb-founded by the lengths that co-writer/director Luca Guadagnino is willing to go to make this as dark and as creepy as humanly possible. And if all Guadagnino wanted to do was shock us and have us completely and utterly uncomfortable, then yeah, it’s a job well done. Suspiria, for all its shortcomings in the script-department, certainly knows how to set a mood of unease and build to a conclusion that we don’t really see coming and are still shocked to see. Guadagnino shows that he’s a capable director when it comes to taking his time and putting us in a state of paranoia, not knowing just where the story’s going to go and/or why.

However, it’s just such a shame that his direction falls by the wayside when it comes to focusing on certain important elements like the characters and this story. Cause as it is, Suspiria has about three, or four different plots going on at the same time, none of them ever really all that interesting, and none that really pay-off, either. The most interesting of them all is Susie’s story of good-girl-gone-possibly-bad and that almost doesn’t count because it’s the plot-line (the only one, I may add), of the original.

An original that’s looking a whole lot better now, I hate to say.

And yes, this pains me to feel so “meh” about Suspiria because it’s a horror-movie clearly made for a much more artsy-crowd and isn’t afraid to let its freak-flag fly. And for some reason, there’s still a part of me that wants this to be successful, so that it gives more film-makers, with more creative voices to go out and try something and not have to worry about appealing to mass-audiences. Cause most likely, the same crowd who enjoyed Halloween last weekend, probably won’t enjoy Suspiria and that doesn’t mean that there’s anything wrong with them.

It’s honestly just the way it is. Just like even though Tilda Swinton (playing in two roles, for no apparent reason other than to say “just because”), Dakota Johnson, Mia Goth, and Angela Winkler give it their all in roles made for women, yet hardly give them any discernible personalities, they get short-shafted in a movie that can’t make-up its mind of what it wants to be about or do. Is it a movie about a creepy dance academy that may be possibly run by witches? Is it about Nazi-guilt? Is it about this old German doctor trying to remember the life they led? Is it about the RAF? Is it about oppressive governments? Terrorists? Suicide? Depression? Ghosts? Demons? Ghouls? Help?

And there doesn’t always need to be answer, but in this case, there needed to be and there was nothing.

So basically, it was two-and-a-half-hours of just about nothing. Take with that what you will.

Consensus: For all points it gets in being weird, creepy and downright off-putting, Suspiria loses points in giving a tense, stately and effective horror-thriller, due to a confused, messy script, with an even more hap-hazard direction by the always interesting Guadagnino. Chalk this one up to being “a missed opportunity”, that I’m still cheering for.