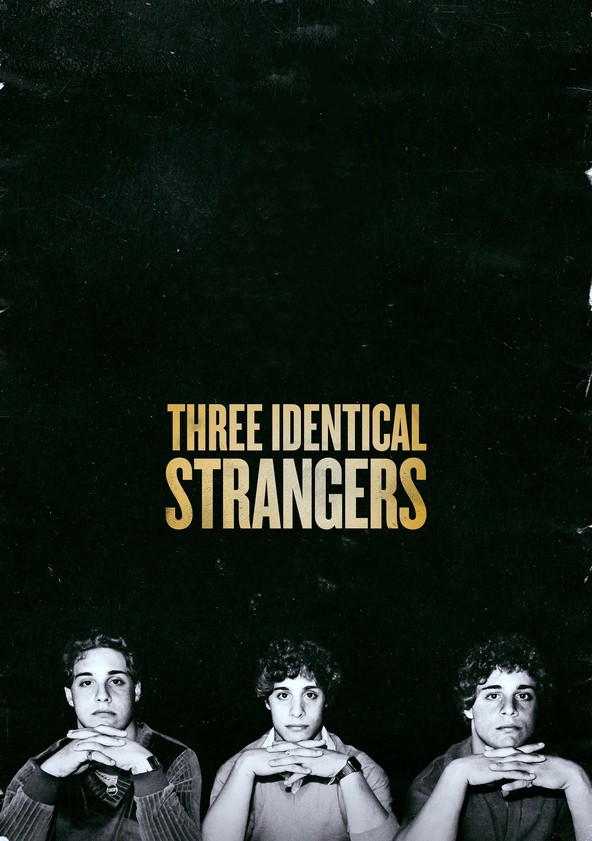 Look twice when walking across the street.

Edward Galland, David Kellman and Robert Shafran were three young dudes just living their lives like any normal guys in college would. They were drinking, smoking, rockin’ out, and of course, meeting lots and lots of ladies along the way. What they didn’t know was that they were identical triplets separated at birth, never told about it, and have been living with this secret for over 20 years. But when they found out about what happened, they had the time of their lives; finally, they found their flesh and blood and could revel in all of the fun, the fame, the fortune, and of course, the family. However, when the party dies down and everyone has a second to catch their breath, they begin to wonder just how the hell this all happened? And also, why they each have similar issues with their personalities? Is there something deeper and darker out there?

Three Identical Strangers starts-off like any other documentary, but in the best way possible. It’s fast, to-the-point, fun, exciting, hilarious, and above all else, entertaining. Director Tim Wardle hits the ground running with these guys’ stories, how they all met one another and how when they did meet each other, they couldn’t stop but enjoy the craziness of it all. It’s the kind of first-half that would probably kill any movie, documentary or not, especially if they didn’t have a solid follow-up to go along with it.

But Three Identical Strangers has that and so much more.

And it’s an interesting approach Wardle takes to this story, but a purposeful one; getting us in the mind-set of knowing these guys, hearing their stories, and understanding their personalities helps us settle in and love them right off the bat. It helps because once we discover the origins of where these guys came from, why they were separated, and how their own problem may be similar to plenty of others across the country, things take a turn for the dark, serious and sad. Which sounds odd, but it’s a tonal-shift that works, mostly because Wardle seems to always be building to it.

It’s really hard to talk about it without giving it all away, but really, where Three Identical Strangers goes, uncovers and makes us think about, most of all, is what makes it a step above many other documentaries. On the surface, it’s about these three, free-loving, hard-partying, and lovable dudes meeting each other for the first time in their lives, but below, there’s a scary, almost horror-like premise about secret evil corporations, lies, secrets, and a surprising amount of conspiracies.

Yes, it all sounds crazy and that’s because it is. But it mostly works.

It makes you think of your own life, your own family, what constitutes it, and the age-old debate of nature vs. nurture. Even Three Identical Strangers doesn’t know where to fall on this line, but it always keeps a solid argument to go alongside these guys’ lives, especially as they continue to unravel, show their true colors, and reveal that deep down inside, underneath the smiley and lovable exterior, there was seriously something torn-up. Which makes sense if you just found out, at age 20, that you had not one, but two identical siblings.

Consensus: Weird, curious, compelling, and most especially, entertaining, Three Identical Strangers starts off light and fun, but soon edges towards the dark and scary, with both sides being surprisingly effective.