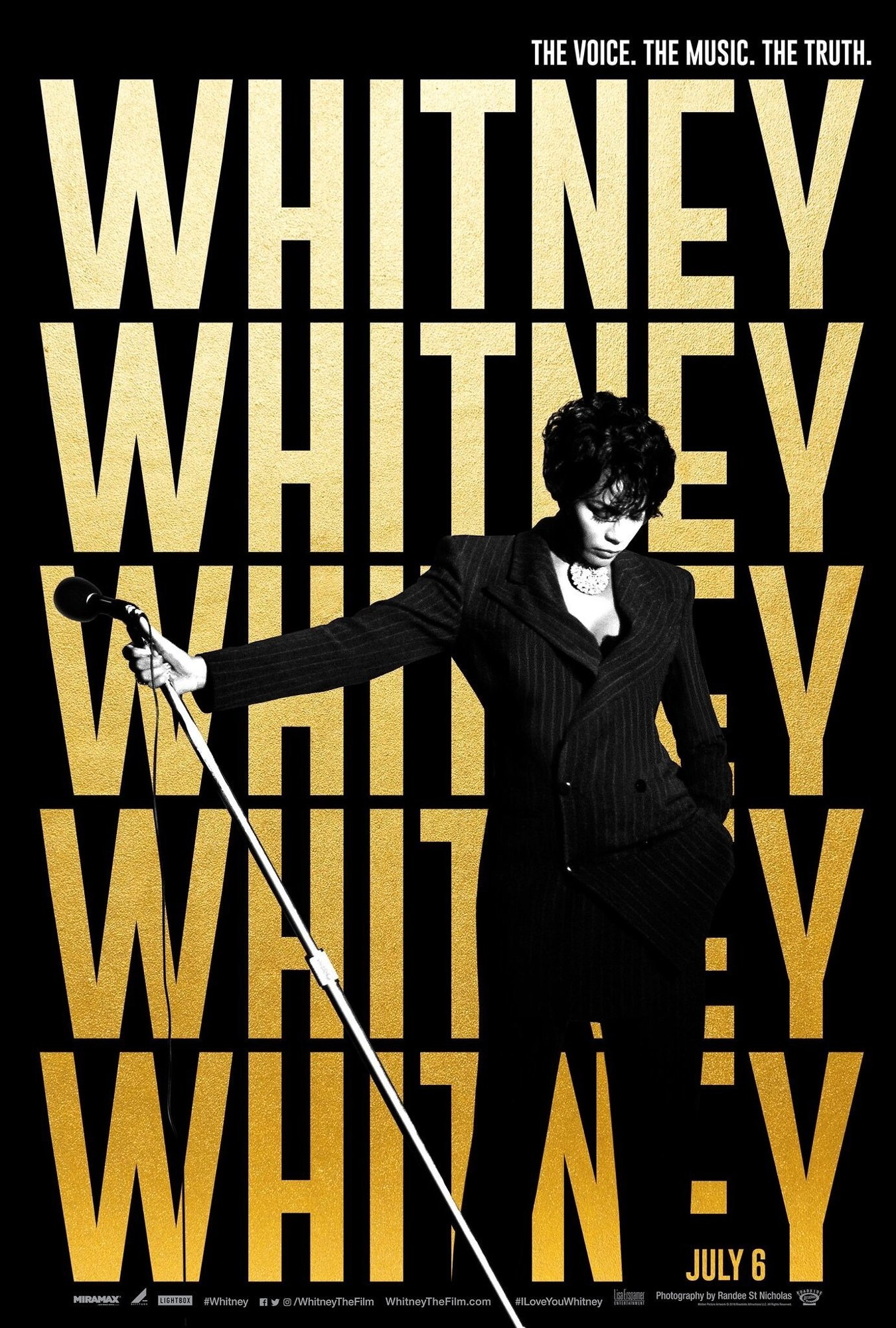 Yes. We will always love you.

Whitney Houston was perhaps one of the biggest names in music for a certain time. Constant #1’s, solid acting-roles, sold-out shows, and most importantly, a powerfully beautiful voice that could shake a mountain. But behind all of the glitz, the glamour, and the supposed idea of “happiness”, Houston was suffering. Big time. But who really was the cause for all of her pain and suffering? Was it her father, who just so happened to be embezzling money from her? Was it Bobby Brown, her famous-ex who turned her onto the hard-partying life of drugs, sex, and well, more drugs? Was it numerous agencies and executives who took advantage of her and her god-given talent? Or, simply put, was it just another case of an unfortunate happening to another soulful talent that the world still misses to this day?

After seeing Whitney, I can safely say that I have no clue.

And that’s not really because Whitney brings up everyone in-question and gives a solid idea of who they are, what they did, and whether or not any of them are to be blamed, but instead, puts them in the spotlight, asks them a few, sometimes hard-biting questions, and leaves it at that. For some, this may be just enough and all that they could need – sometimes, “no comment” can speak volumes – but for this viewer, it just wasn’t.

For some reason, I wanted more blood-spilled, more attacks, more confrontation, and most importantly, more answers to these honest questions that no matter how many years go by, we still demand to understand even in the slightest bit. People like to make fun of Michael Moore for his over-the-top, confrontational-style of interviewing and with good reason: It’s showy and a little too pleased with itself, as if Moore’s the funniest guy in the room for ever thinking of such a thing. But after having seen Whitney and seeing Kevin Macdonald’s style of interviewing, I was somehow begging for the same kind of Moore bait-and-attack.

Cause all Macdonald seems to do, really, is just ask a few questions, get some answers, and not ever seem to press on. As for telling the story of Houston, who she was, what she did, and why she seemingly mattered, Macdonald is good, but then again, how could he not be? It’s very hard to screw-up a by-the-numbers documentary on the life of a famed-musician (even if he sometimes get out-of-hand with the random flashes to the news and current events, that never seem to make sense), so yeah, in that sense, Macdonald does a fine enough job to warrant a look-see. If you’re a fan of Houston already, then yes, this will prove to be worthy of your time and effort.

But if you’re expecting something so much more, with much more answers to the hard questions, then this may not be the ticket.

Instead, and I can’t believe I’m saying this, but try Nick Broomfield’s Can I Be Me doc, which, in true Broomfield-fashion, is in-your-face, confrontational, and not afraid to push a lot harder than you’d expect. And yes, I get that Macdonald doesn’t want to push too hard to offend his subjects, have them leave, and lose all hope of future participation, if any at all, but when you have someone like Bobby Brown, who’s known to have been a huge problem for Houston and her personal life, and you just let him go with a simple “we’re not going to talk about her drug-life”, then nope, sorry. It doesn’t cut it. You need a little more push, pull and delivery.

Without that, what’s the point? Get the story told to us, again, but with much louder music?

Maybe this is just the journalist in me talking.

Consensus: If you’re already a fan of Houston, then Whitney will prove to be an entertaining look at the behind-the-scenes of the legend, but as an much more detailed and closer look into what caused her downfall, it leaves a lot to be desired.