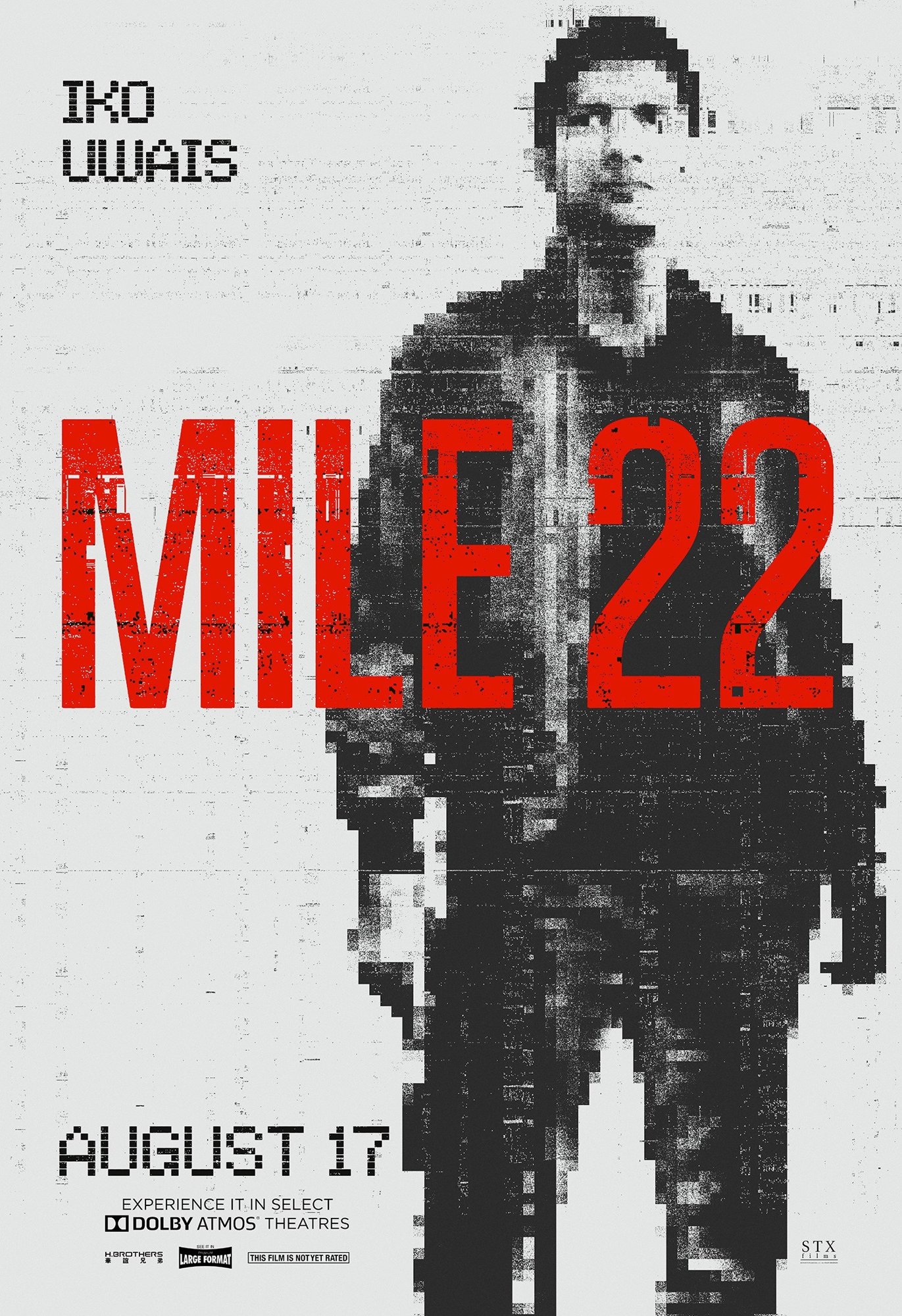 CIA operative James Silva (Mark Wahlberg) leads a small but lethal paramilitary team that is currently in hot water after a botched mission made. Now, to sort of make up for it, they are sent on a very urgent and dangerous mission that almost sets them up to fail, but Silva and his crew being the hot-heads that they are, they take it and decide to worry about the problems when they are in the heat of everything. The mission: Transport a foreign intelligence asset (Iko Uwaiss) from an American embassy in Southeast Asia to an airfield for extraction, before whatever information he’s holding onto is taken from him, in more ways than one. It sounds pretty cut-and-dry, really, but once you factor in everyone who wants this weighty information, it turns out that it might be one of the hardest missions to-date.

Mile 22 is an interesting mix and mash of so many weird things going on, but perhaps the weirdest of all is that Peter Berg directed it. Say what you will about his movies and their factual-basis, but for the most part, he’s proven himself to be a very solid, compelling and reliable director when it comes to taking these events, and giving them a theatrical look and feel. He’s been a sturdy director for as long as he’s been behind the camera, which is why Mile 22 feels so out-of-place (if you don’t include Very Bad Things, that is).

See, Mile 22 is a very stupid movie, but it’s one that tries so very hard not to be. It’s the kind of movie that has Mark Wahlberg start the movie off by quoting philosophy, then goes to John Malkovich in an awful-wig. But then, moments later, there’s a bloody, brutal and surprisingly gory shoot-out in the streets, where people get mowed-down left and right. It’s got a lot of weird tonal shifts like this that you wouldn’t normally expect from someone like Berg, but here they are and yeah, they just don’t work. For once, it seems like Berg is making a movie that he knows to be absolutely goofy and doesn’t really care whether or not you’re happy about it.
But hey, if the script is lame, then who cares, as long as the action is good, right?

Well, here’s another weird ticker: The action isn’t even all that solid, either. Surprisingly, Berg uses a lot of shaky-cam here during the fights and all of the action, which doesn’t enhance a single ounce of the action we’re supposed to be shocked and thrilled by; instead, it constantly takes away because we can’t see what the hell is going on, to whom, or how. It’s a problem, too, especially when Berg does it someone like Uwaiss who, after the Raid movies, has shown us that he can kick-ass in a movie and not need too many special-effects to help him get the trick done. It takes away from the action and just leaves you feeling weird and confused and almost wondering, “what’s the point of an action film if you can’t see just what the hell is happening?”

There is none. And that’s why Mile 22 is such an odd gamble: What’s really the point? It’s odd, random, over-the-top, and surprisingly forgettable, which already makes you question what historical-moment Berg’s going to tackle next, or if he’s just continue to try his hand at blockbuster action-pics.
Let’s hope more of the former, at least.
Consensus: Despite a talented cast and crew who normally know what they’re doing, Mile 22 feels like an odd jumble of tones and action that never quite registers as fun, or even thrilling.
3 / 10
Photos Courtesy of: STXfilms