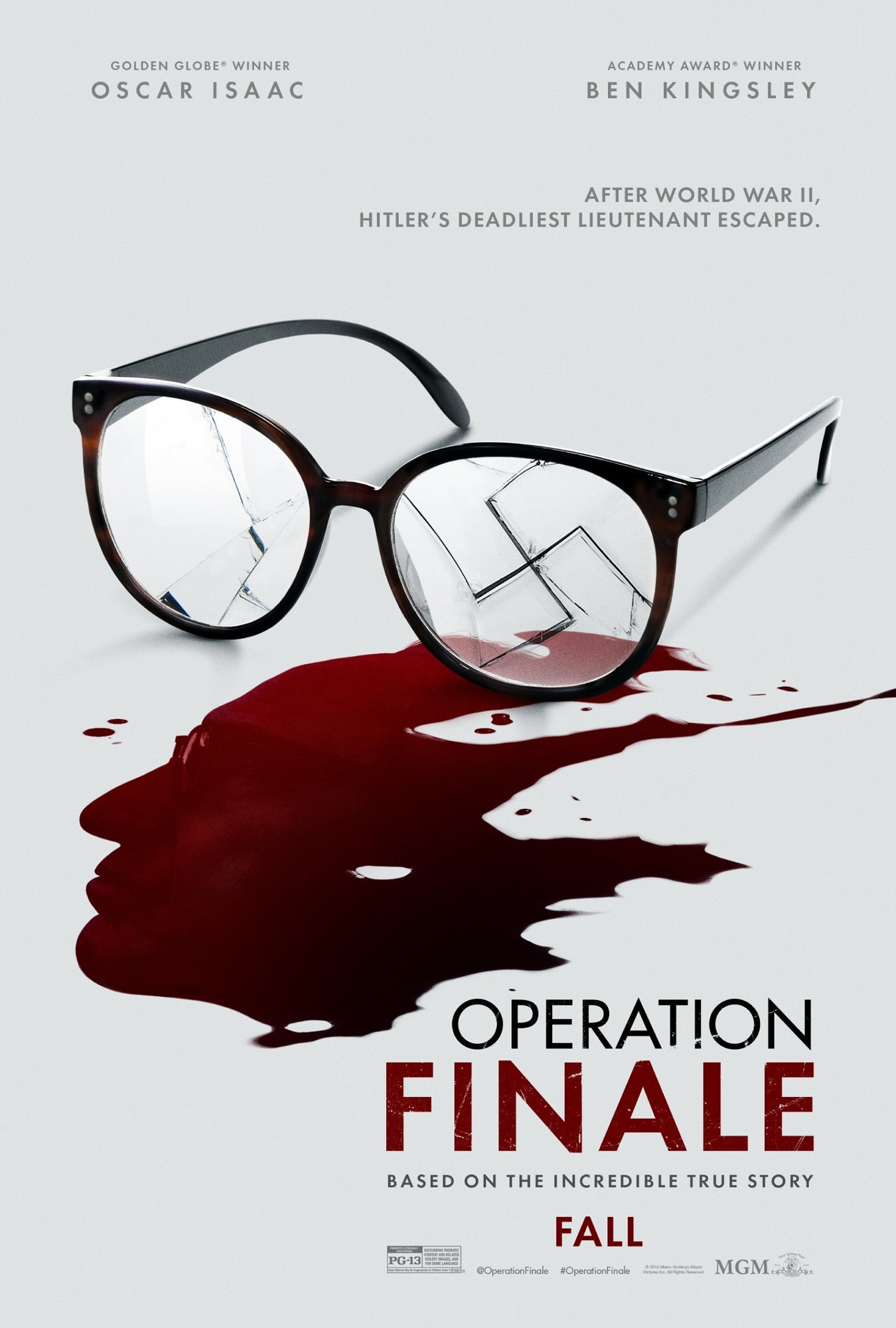 After WWII, there were still plenty of Nazi war criminals left in hiding, where either nobody knew exactly who they were, or were so protected that they were practically invisible to the outside world. But perhaps the most infamous of all the Nazi war criminals left alive, well, and still roaming free for a long time was Adolf Eichmann (Ben Kingsley), who found himself to slowly be starting up another Nazi renaissance somewhere in the deep, dark parts of Europe. And while he was doing this quietly for quite some time, without any detection, he gets on the radar of Peter Malkin (Oscar Isaac), a Mossad agent who has been hunting down these war criminals from the very start. Now that he’s got Eichmann in his tracks, he won’t stop until he captures him and brings about justice. But capturing Eichmann is just the first step to a very long, very tough, and almost incredibly convoluted plan.

Operation Finale is very much a perfect movie to see with your dad and grandparent. It’s about history, it’s sturdy, it’s simplistic, and it’s entertaining, but in a very old-fashioned kind of a way. But deep down inside the Nazi-capturing and unfortunate feeling of this kind of subject-matter being awfully relevant in today’s society, lies a smarter, more interesting take on good, evil, and what constitutes both, which makes it a small step above the usual thrillers we get about Nazis and war-criminals.

Still makes it somewhat conventional, but hey, at least it’s trying something worthy of talking about.

Director Chris Weitz and writer Matthew Orton do something smart in that they don’t necessarily end Operation Finale where you expect it to; considering that Eichmann gets captured in the first half-hour, it makes sense that the movie would continue to go on and on and on. Which means that there’s a lot of discussing, a lot of sitting around, and a whole heck of a lot of monologues. But somehow, it all kind of works because Orton has something to say about these characters and their plea for justice, whereas Weitz never forgets to keep things tense and moving at a rapid pace, even when it seems like nothing else is happening but people talking.

However, that’s sort of the point. The conversations Eichmann and Malkin have with one another, about the war, about Nazis, about murder, and most of all, about racism, are all interesting and it allows you to take two different viewpoints in and think about them for yourself. For instance, Malkin may be a knight in shining armor who’s trying to avenge those he lost many moons ago, but by the same token, his rush for death may also be missing the point? Same goes for Eichmann who is, yes, most definitely a monster, but we’re allowed to see his viewpoint and understand, at least somewhat, why he thinks the way he thinks.

It also helps that these two viewpoints are given to us by Oscar Isaac and Ben Kingsley, two incredibly great actors who, even when they have to work with an accent, still knock it out of the park. They keep Operation Finale interesting, even when it seems like just a bunch of people in suits, sitting around, drinking coffee, getting into verbal disagreements, and waiting for the next best thing to happen. And like I said before, this is sort of the point. Weitz does eventually get to all of the running and chasing, which is a tad ridiculous because of how obviously fake most of it is, but still, it keeps a certain aura of excitement going on.

So yeah, it’s a solid thriller. But has something to talk about and listen to.

Consensus: Led by two amazing performances from Isaac and Kingsley, Operation Finale becomes more than just another typical Nazi-hunting thriller, but one with questions, thoughts and disagreements!