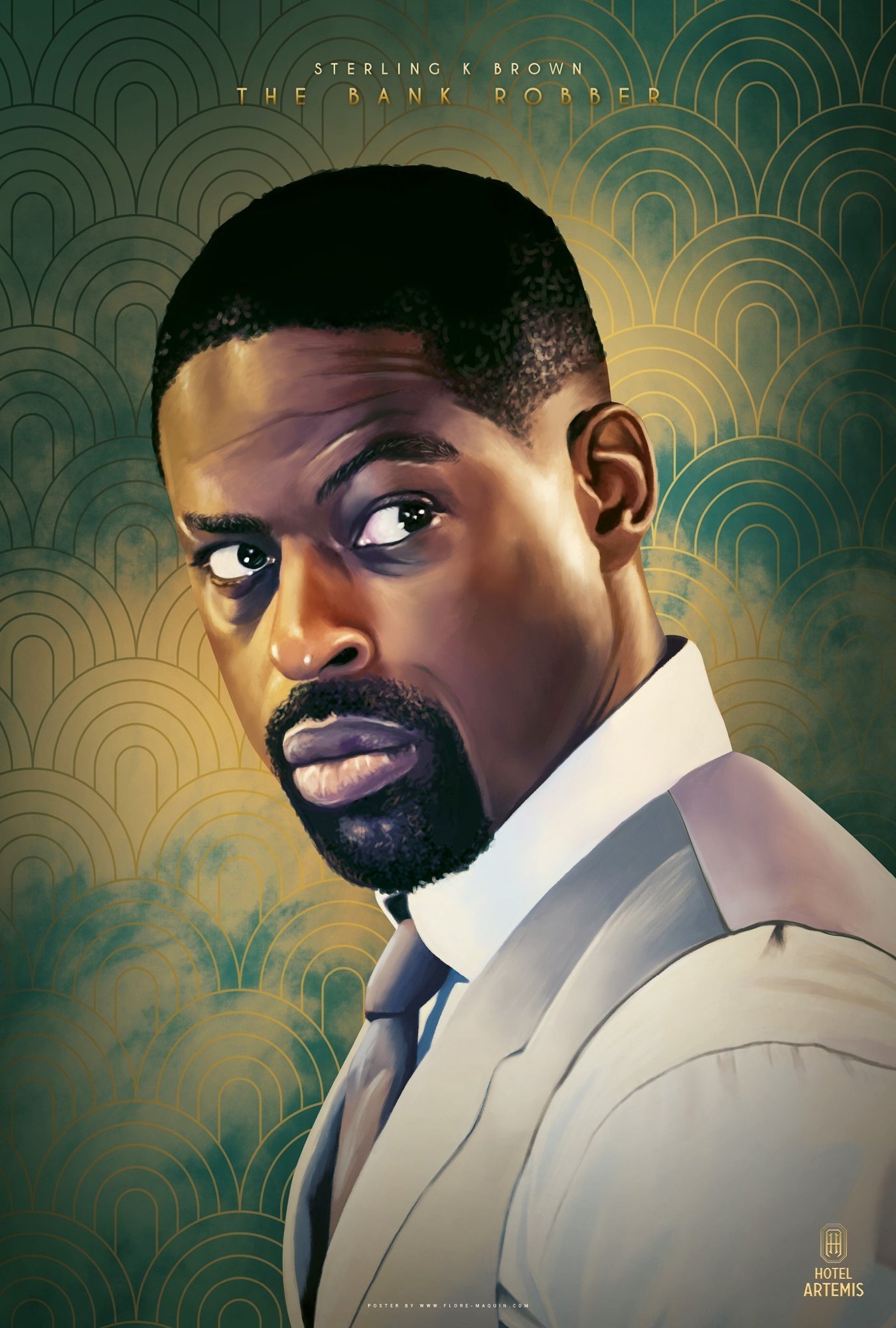 It’s the year 2028 in Los Angeles and there’s rioting all over the streets. It’s dangerous, deadly and only getting worse, almost to the point now that some of the most deadly and vicious criminals are taking shelter away from all of the havoc and carnage. The place is called Hotel Artemis, which is operated by Nurse (Jodie Foster), a no-nonsense lady who has seen it all throughout the years and runs her establishment by a few strict rules. And while she’s usually ready for all sorts of crazy stuff that walk right through her doors, she has her hands full this time around when a French assassin (Sofia Boutella), a bad-ass hitman on-the-run (Sterling K. Brown), an injured cop (Jenny Slate), and a deadly gang-leader (Jeff Goldblum), all decide to stay the night, creating a never-ending express of more wackiness and violence.

But hey, at least she has the helping-hands of her trustee sidekick Everest (Dave Bautista), right?

Hotel Artemis is an odd movie that’s fun and entertaining enough to be worthy of a watch, but it also feels like an odd missed-opportunity. It’s got a solid ensemble, pulpy-thrills, and some genuinely great world-building, but it’s barely over 90-minutes and feels like it ran out of money about half-way through the shoot. This leaves a lot of what we get to be enjoyable, but still feel like there’s a reboot, or perhaps TV series in the future?

You hate to think like this, but it’s 2018 and honestly, movies like Hotel Artemis are only meant to be seen and appreciated many years after the fact. Because even though it’s not great, it’s definitely different, which is better than nothing, I guess. Writer/director Drew Pearce allows for his material to be a little goofy, a little weird, and a little confusing, resulting in a movie that does a lot of things, with a lot of people, in such a small-amount of time that it’s hard to get bored. But, by the same token, it’s also hard to really be compelled by any of it, either.

Trust me. I know it sounds confusing.

What I can say about Hotel Artemis that doesn’t make it seem like I never saw this movie is that it’s got plenty of action to keep things fun, as well as comedy to keep things zany, especially when you need it to be. And the ensemble, as expected, is great, even if they feel like they’re missing a few more shadings here and there. In a way, I’m reminded a lot of Battle at the El Royale, a movie that’s also very pulpy, darkly funny, and violent, that also features a solid ensemble, but instead, actually gives them something to do and with a great amount of time to do so. Hotel Artemis is almost an hour less than that movie and you can feel it; characters that would otherwise be iconic, even, feel underdeveloped, and subplots feels rushed, as if there’s never enough time to let things pad-out even the slightest.

Say what you will about Battle, at least it gave us enough time for characters and tension to build – Hotel Artemis just kind of drops us in the middle of everything and never takes time to get back on its feet. It’s constantly moving and fast, which may make it fine entertainment, but when you look at these characters, this ensemble, and even the world surrounding them, you almost wonder if it couldn’t have been so much more.

Consensus: Even with its fast and fun tone, Hotel Artemis never fully finds its feet, jumping around from subplot-to-subplot, character-to-character, and exposition-to-exposition, without ever getting the chance to help us out along the 90-minute ride.