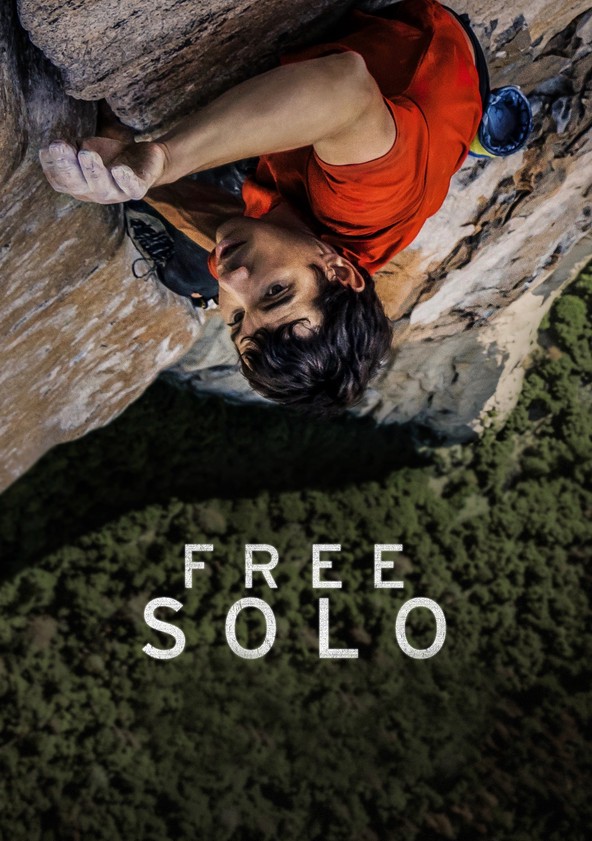 Yup. Staying on the ground forever.

Alex Honnold doesn’t really like to staying in one place. He gets restless and he needs to be somewhere, moving. Whether it’s walking, running, jogging, driving, or, you know, free solo climbing huge mountains, Honnold is always doing something and staying active. It’s an addiction to him and while it’s definitely made him happy, famous, and a wealthy, it hasn’t quite helped out his personal life. But now, that seems to be changing when he meets a girl and seems to be falling in love. But no matter how head-over-heels he gets, there’s still that irking feeling that continues to gnaw away at him, day by day, and that’s the idea that he has to complete the first free solo climb of famed El Capitan’s 3,000-foot vertical rock face at Yosemite National Park. It’s a risky, daunting, and downright dangerous task, but it’s one that Honnold needs to do, no matter what, and he’s going to do it. The only issues are when, how, and whether or not his loved-ones will be able to support him and realize that he could possibly die from this.

Which is an honest worry to have for your friend when he’s climbing gigantic mountains without a rope, or even a parachute.

One of the best things that Free Solo does that most documentaries ought to do, is that it gets you actually interested in subject that you’d never thought that, even in a million years, you’d be interested in. Sure, free solo climbing is dangerous and a little dumb, but it’s hard to pass it off as such when you have a subject such as Honnold who clearly needs it in his life and feels empty and shallow without it. Free-solo climbing is a hard topic to make an engaging documentary out of and not make it feel like it’s just for the nice audience of hikers and fellow climbers, but Free Solo goes to other interesting places that makes you understand why a person like Honnold ticks like he does, and why this solo-climbing, while dangerous as hell, is appealing to those like him.

Is it still crazy and stupid? Most definitely, but Honnold knows that and it’s what makes him an endearing figure to sit by and watch. As a personality, he’s a bit dry and a little one-note, with his very mannered delivery that hardly ever shows signs of a bright, shining and bubbly personality, but how we see him interact with those around him makes up for it all. He may not be the funniest guy in the room, or even the loudest, but he’s definitely the most impressive and the story he has to tell, to us, and to those who are skeptical of the crazy stuff he does, get to hear just about ever detail of it.

And oh, did I mention that this footage of him climbing is vertigo-inducing?

What’s so interesting about the footage though, is that co-directors Jimmy Chin and Elizabeth Chai Vasarhelyi admit that while they are getting some awfully powerful and juicy footage of Honnold climbing up a mountain and, I don’t know, possibly plunging to his death, they are feeling guilty about it all. They love Honnold, they respect what he does, and they want him to succeed, but they also want to capture his journey and it puts them in an uncomfortable decision that I imagine most documentary film-makers run into: Get great footage, or watch someone (literally) plunge to their death?

It’s a conflict that’s brought up constantly and it makes you appreciative of the risks that the directors took to getting this story out there for us all, as well as a wild and sometimes crazy daredevil like Honnold. Cause his pain and pleasure, is our pain and pleasure, and while we are terrified that he may slip, fall and get crushed, we also want him to make it at the top and achieve his little goal.

And for those of you who do want him to fall and be crushed, well, you’re sick. But hey, we’ve all been there.

Consensus: By focusing on the deeper, larger discussions that go beyond the free solo-climbing, Free Solo becomes an exciting, compelling, if also thoughtful look at one man’s journey, psyche, and adventures that we can’t look away from.