Fantastic Beasts: The Crimes of Grindelwald (2018) 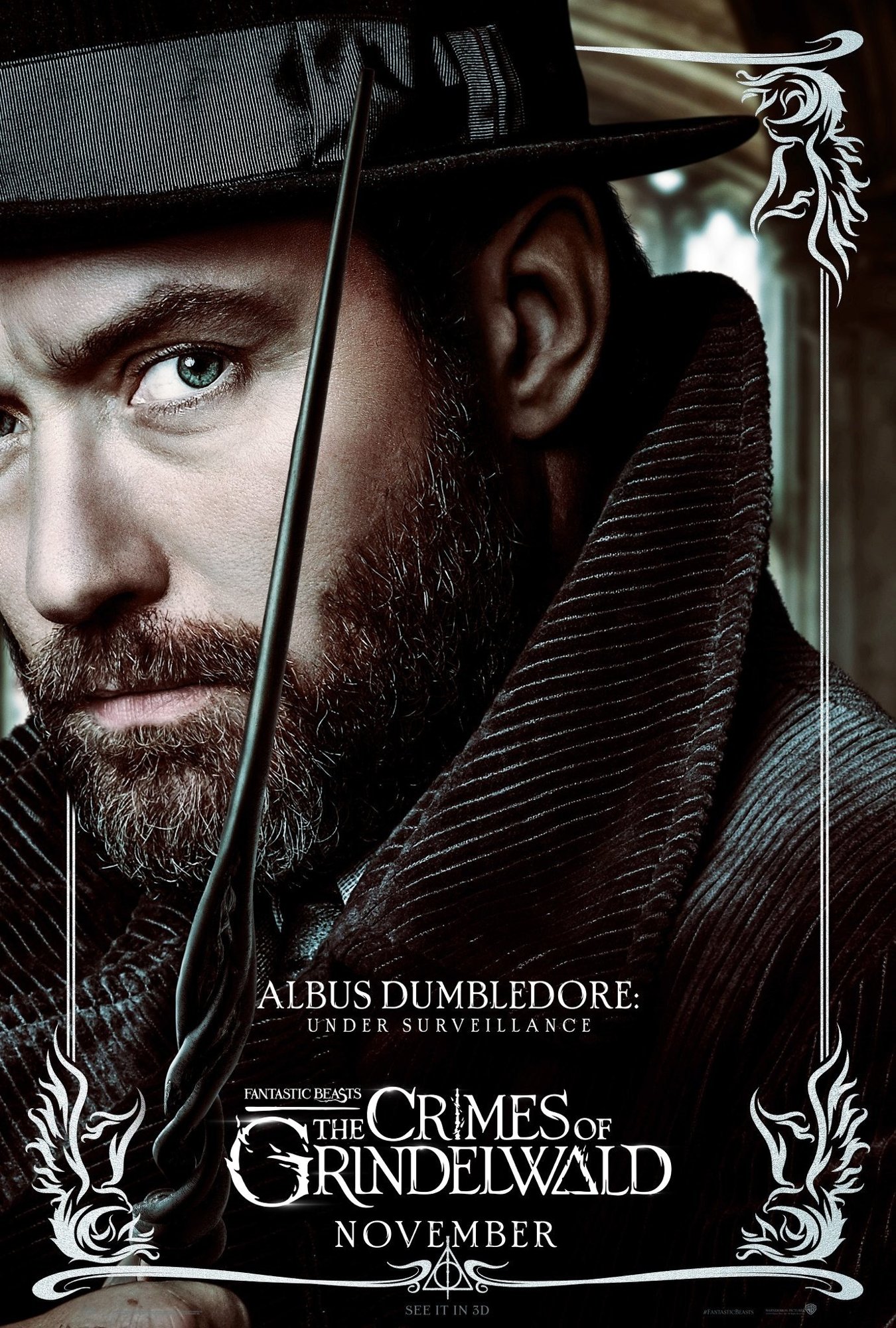 Picking right up from where the first left off, evil wizard Grindelwald (Johnny Depp) has his sights set on raising pure-blood wizards to rule over all non-magical beings and is powerful enough to get a good amount of people to listen to him. However, Dumbledore (Jude Law) isn’t quite happy about that and sends Newt (Eddie Redmayne) on the case to hopefully stop Grindelwald once and for all. Helping Newt on this adventure of sorts is Tina Goldstein (Katherine Waterston), the woman he loves but can’t seem to get close to; Jacob (Dan Fogler), the typical American who loves to hang around Newt and scream about all of this crazy stuff happening; and of course that man’s love, Queenie (Alison Sudol), who just wants to be married and have a family. However, those plans will have to be hold because unless they’re able to stop Grindelwald, the world may never be the same again.

So to be fair, the original Fantastic Beasts wasn’t all that bad. It was fun, light, silly, charming, and most of all, seemed to actually capture the same sort of flair that the Harry Potter movies had. Was it an obviously shameless cash-grab to keep the Potterverse going? Of course it was! But it was still able to entertain and not make it seem like just another opportunity for wizards to be cool again,

This time around, though, Crimes of Grindelwald reminds us that this is, yes, a shameless cash-grab just to keep the Potterverse going and not a very good one. But this time, there’s so much more going on, with new characters, new subplots, new explanations, new teases, new spin-offs, new hints, new references, and most importantly, new creatures, we get the kind of movie where it feels like we’re constantly being sold and not really given anything worth watching. J.K. Rowling seems to have total creative freedom when it comes to this material now, which is fine because it’s her baby, but it also shows that she may, just possibly may, need an editor to hone her in.

Cause with Crimes of Grindelwald, there’s so much being thrown at us and none of it works.

Remember Ezra Miller’s character from the first? The guy who was abused and now a evil wizard-demon hybrid? Well, get ready for his real backstory that we’ve been waiting so desperately for. Wanna see how Newt was as a student at Hogwarts? Well, get ready! Wanna hear about two completely new characters (Zoe Kravitz, William Nadylam) backgrounds and upbringings, that also have a lot to do with prejudice? Hear ya go! Wanna see Dumbledore’s early upbringings as a possibly gay man?

Well, unfortunately, that got cut.

And trust me, there’s so much more from where all of this already came from and it’s just too much, but at the same time, not enough. Getting all of this exposition at once, while terrific in creating the Potterverse, doesn’t do much to help keep things interesting, or even fun. A movie that’s a little over two-hours instead feels close to three, because it’s so slow, without hardly any action, and any real momentum to keep things going; cause while it would seem simple to make a movie about “stopping an evil wizard”, Rowling seems to think it’s an opportunity to continue building and building, without anything really worth building for.

Which is to say that a good portion of these characters are lame, thinly-written, and if they’ve come from the first, aren’t anything like what they used to be. And that’s a shame; the original fearsome foursome was the best part of the original movie as in they all had chemistry and a great sense of camaraderie between them all. Now, Newt is a baffling weirdo, Tina is trying to be quirky, Jacob can’t decide if he wants to use his Brooklyn-accent to its fullest extent, and Queenie, perhaps the most charming and lovely presence of the first, is now toned-down and barely around. It’s all so weird and unfortunate, but hey, at least it makes room for much better, more interesting characters, right?

Once again, not really!

Depp as Grindelwald is an interesting move, mostly because he tones it all down, but for some reason, despite being the main baddie, he’s hardly around, therefore never really giving us the impression that he’s all that much of a threat in the first place. By the end, we see the true evil and power in his ways, but by then, it’s already too late and we’ve already checked out. As for Jude Law’s Dumbledore, he’s perfectly fine and charming, but once again, hardly around to make an impression. It’s as if Rowling herself couldn’t stop writing and adding to this movie, without ever taking into consideration that these actor’s have schedules that they have to uphold and can’t spend the rest of their lives filming stuff for the latest spin-off of the Harry Potter franchise.

Which, apparently, is going to go on for practically ever.

Consensus: For a movie chock full of wizards, magic, and creatures, Crimes of Grindelwald sure is a overlong, overstuffed, and most importantly, needless slog of a movie that’s just trying desperately hard to keep the Potterverse alive, in any way that it can.