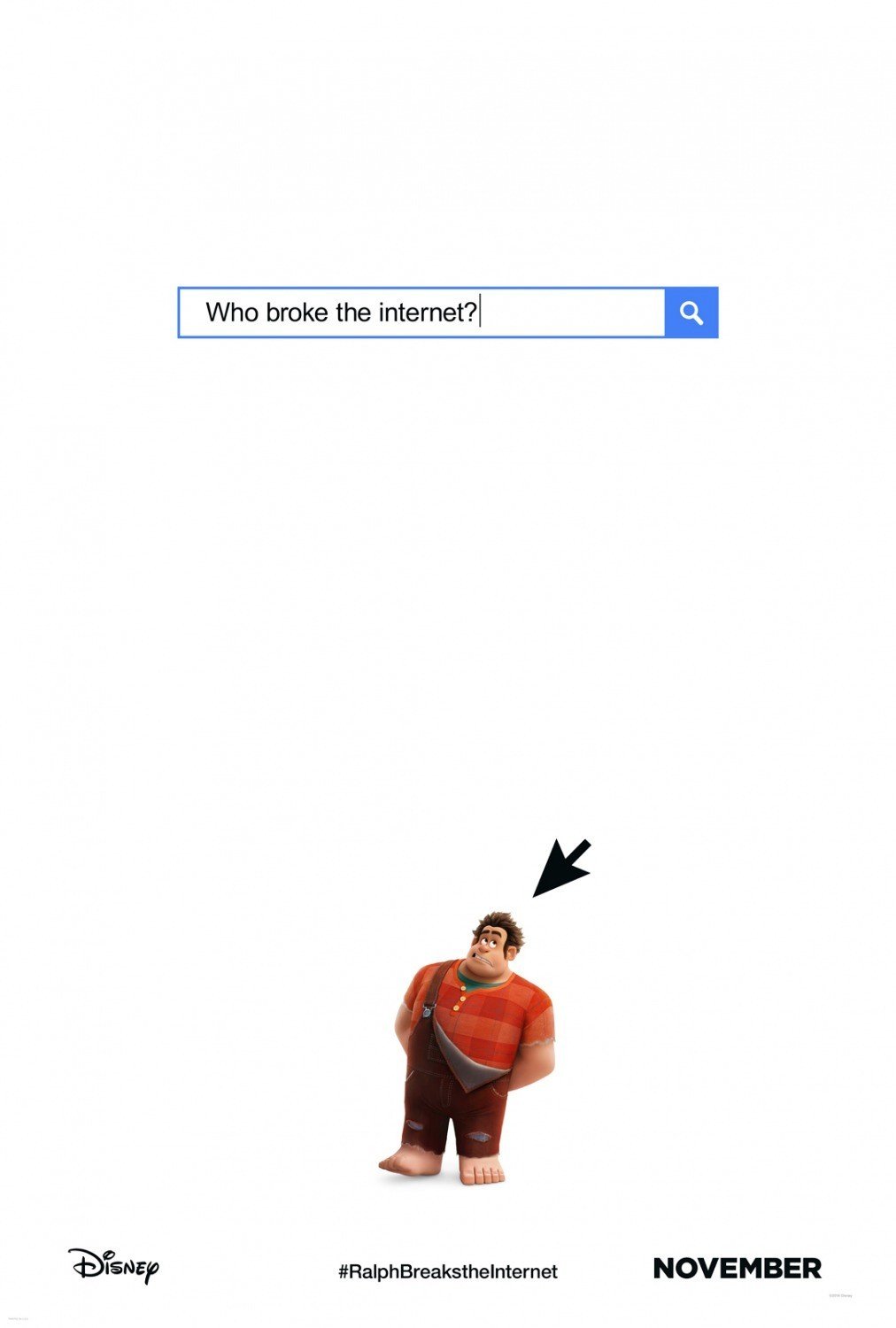 Video-game bad guy Wreck-it Ralph (John C. Reilly) has finally found peace with being the way that he is. He knows that he’s always going to be the villain in his game and he’s fine with that – as long as he’s got his friends, family, and most of all, bestie Vanellope von Schweetz (Sarah Silverman), then nothing could go wrong. That is all until the internet rears its ugly head and suddenly, Vanellope and Ralph find their simple, somewhat boring lives upended by change, excitement, and the promise of a much bigger, crazier, stranger, and different world than they ever knew before. And while Vanellope loves all of these new adventures that she could be apart of, Ralph is a bit hesitant, which leads him to do things that only a bad guy would actually do and well, break the internet.

As it says the freakin’ title.

All of the criticism around Wreck-it Ralph, while understood, didn’t quite click with me. To me, I found it fun, hilarious, and enjoyable romp on video-games, its culture and the nostalgia it all brings. Sure, like the naysayers said, it didn’t take full advantage of its licensing, it didn’t seem to really dig deep into video-games as a whole, and mostly, just did with every other Disney movie up until then. What should have been a huge hip-hip hooray moment for the video-game world, turned more into a “meh”, which doesn’t make the movie bad, but sometimes, being mediocre just isn’t enough.

And this time around, I’m siding with the naysayers.

For one, Ralph Breaks the Internet takes what would be a really neat and interesting idea of a retro video-game character roaming around freely on the internet, one that promises so many crazy peaks, valleys, avenues, and roads to go down and never look back from, yet, it doesn’t really bother with them. And I know that this is bringing me rather close to the “critique what’s there, and not what isn’t” argument, but watching, Ralph Breaks the Internet, I couldn’t help but think what would have happened if the movie had been written by people who, I don’t know, maybe got the internet. Like, for example, take it when Ralph wants to become a meme and he just puts up a bunch of videos of him doing stupid things like lighting his hair on fire, or singing goofy songs, and somehow, it trends like crazy.

Which you’d think that the movie would be making some sort of statement on how idiotic our internet-culture is nowadays, but not really; it seems to actually think that these videos are funny and make sense in the grander scheme of things. And for a kids movie to not really wax on and on about what’s wrong with the world and technology is fine, but there has to be more than just what we’re given here. There’s some funny bits and pieces about glitches, Facebook, the comments section of videos, and whoever else Disney could get a hold of, but for the most part, it feels weak and not all that compelling.

And for a movie that took six years to make, you’d think that there would be something much more clever, right?

Like, for instance, the best part of the movie is when they somehow get to Disney and riff on all the princesses. Granted, it’s already been spoiled in the trailers by now, but still, watching Disney poke fun at itself is enjoyable and by far the sharpest bit of the whole movie. But even then, it feels like it’s missing a little something and that’s pretty much how the film goes. There’s not enough edge, not enough sharpness, and not enough from people who seem like they know what they’re talking about and/or making fun of.

But as long as the kiddies have fun, who cares really.

Consensus: While still bright and enjoyable, Ralph Breaks the Internet also feels oddly under-written and safe, even though the endless possibilities are there to go anywhere it absolutely wants and surprise us.