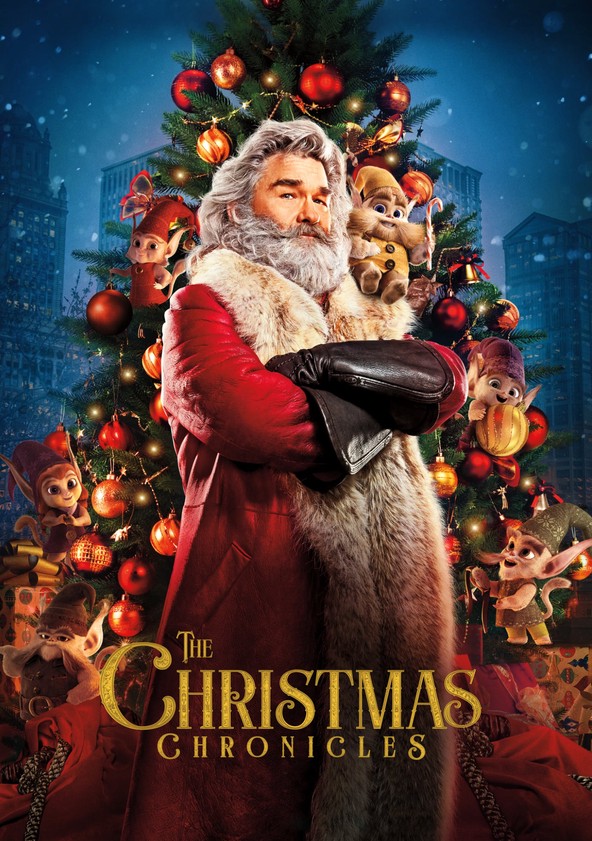 Kate (Darby Camp) and Teddy Pearce (Judah Lewis) have been having a rough go at it this past year. Ever since their dad (Oliver Hudson) died, they haven’t been communicating like they used to, with Teddy hanging out with the wrong crowd and committing all sorts of crimes, and the mother (Kimberly Williams-Paisley) confused of just what the heck to do with this situation. But on the night of all nights, Christmas Eve, Kate and Teddy are left at home to where they will hopefully not cause any sorts of havoc and/or shenanigans. However, once Teddy gets a hold of a car, he takes it upon himself to get involved in all sorts of chicanery, again, but this time, he takes it so far as to actually crash into Santa Claus (Kurt Russell) and his sleigh. Now, it’s up to Kate and Teddy to save Christmas and hopefully, keep Santa out of harm’s way.

The only real interesting factor about the Christmas Chronicles is also the only real reason why it’s entertaining in the first place, and that’s the casting of Kurt Russell as Santa Claus. It’s the kind of casting that doesn’t seem obvious on paper, but when you see it play out and realize that Kurt Russell is doing his usual shtick of being charming, a little goofy, and always fun to watch, there’s no way you could see anyone else in the role. He’s the cool and hip Santa that has a witty barb for everything thrown in his way and seems like he knows that he’s in a silly movie and isn’t afraid to have some fun with it.

But weirdly enough, the rest of the Christmas Chronicles doesn’t quite keep up.

If anything, it’s another run-of-the-mill, sentimental, formulaic, and obvious Christmas movie about love, family and the importance of keeping up the holiday spirit. Sure, this isn’t anything new with a holiday movie so it’s really hard to fault the Christmas Chronicles for just falling in line, but there comes a point where every bit and piece without Russell isn’t just an entirely different movie, but a dull one at that. With Russell and his plot, there’s a certain wit and sarcasm to the whole proceedings that makes it feel like a movie aimed directly towards adults, but whenever we focus on the brother and sister, it’s definitely for much younger kids.

And then when the elves begin to show up, then it becomes a total kid-flick. That said, it does what it can to keep itself fast, light and as entertaining as humanly imaginable, even if director Clay Kaytis can’t seem to make up his own mind of what he wants the movie to really be about in the first place. Is it about this family’s late father and the hole he’s left in their lives? Is it about how the mother isn’t really handling this whole “single-momma” thing all that well? Is it about how Teddy, the son, is literally committing punishable offenses and getting off Scott-free because, well, he’s white? Is it about how Kate, the daughter, needs a best friend and to stop relying on her wild imagination?

Or really, is it just about the bad-ass jolly ol’ Saint Nick?

Honestly, I’d much rather prefer the later and it’s a shame we don’t get that movie, the whole way through. What we do get is more than worthwhile as it remains funny and charming, mostly because Russell just can’t help himself to have an enjoyable time watching that Netflix money come in. But aside from him and his fun, the Christmas Chronicles reminds us that even the sappiest Christmas movies have a very short time to grab you until you’re already bored onto the next one.

Consensus: Much more enjoyable than it has any right to be, mostly thanks to Russell’s effortless performance as Santa Claus, the Christmas Chronicles still suffers from adhering to too much formula and not having much else to do aside from the wacky adventures of Saint Nick.