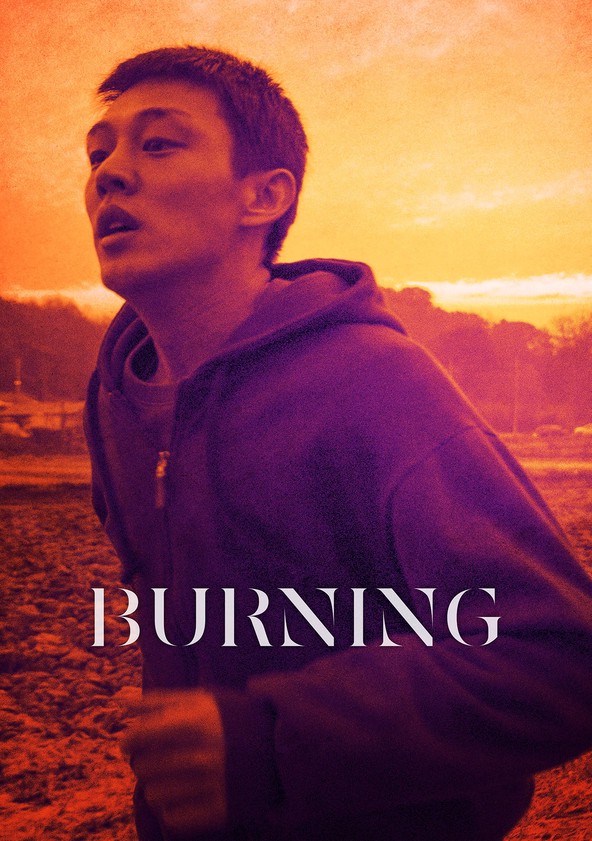 Don’t trust the rich. Or the poor?

Jong-soo (Yoo Ah-in) performs odd jobs in and around Paju and has recently had to stop by his childhood home because of his father’s troubles with the law. But while walking around, he runs into Hae-mi (Jeon Jong-seo), a girl who used to live in his old neighborhood and whom he hasn’t seen in nearly two decades. And the two surprisingly hit it off – they go on a few dates, have sex, and plan to take things even more seriously. That is, when she gets back from her trip to Africa. And she does come back, eventually, but she also comes back with a new friend, Ben (Steven Yeun), a rich, suave, sophisticated, pretentious and rather quiet individual who holds a lot of power of Hae-mi and gets Jong-soo thinking: Are they together? If so, what does that have to do with him? Does he just walk away and act as if he never reconnected Hae-mi? Or does he continuously throw himself into her life and as a result, into Ben’s?

Though I’ve seen Burning a little over two weeks ago, it still hasn’t left my mind, which is always a good sign of a great, challenging, complex, and complex movie. Cause while Burning, right after you watch it, may feel like a simple and almost obvious character-study, it actually builds on a much bigger, better life the more you think about it; certain lines, scenes, character-traits, decisions, and all the little things take on different meanings the more you actually sit down, shut up, and think about them. And this is what every writer/director goes for when they make a movie, but writer/director Lee Chang-dong has been doing it for so long that it almost comes second-nature to him.

And it’s why Burning is close to being his best (Oasis still wins in this competition).

But at the same time, it’s very hard to really discuss what it is about Burning that makes it so great and mostly, what happens, because by the first-hour, you have absolutely no clue where it’s going to go. It’s the kind of movie that leads you one way, and then, just when you think you’re all relaxed, calmed-down, and settled, figuring out just what’s going to happen and where, it pulls the rug from underneath you. But Burning does it in such a way that’s small, subtle, and interesting that you almost don’t realize that it’s switching gears up on you; what starts as a character-driven three-hander drama, soon becomes something resembling a social-thriller.

However, it’s not as obvious as I may make it sound. The beauty about Lee Chang-dong’s movies is that they can take on so many lives, so many different forms, and jump from genre-to-genre at the drop of a hat, is that you’re never sure what you’re going to get, nor are you ever fully settled and fine. Burning is the kind of movie that makes you guess where it’s going to get, yet by the same token, reminds you not to because it’s always one step ahead of you and it’s best to just stop, quit it, and watch the master at work.

Trust me, it’s much more compelling than I make it sound.

But really, it’s the performances that make Burning so great to watch, especially Chang-dong has given each and every character a nice deal of background and development, but also still remain a weird mystery to us. It’s like hearing about someone’s life story the first time you meet them – you got the picture and the details, but you’re not sure what’s really behind what’s being said. In the case of Steven Yeun’s Ben, this is especially true, because we never figure out just who the hell this guy is, yet, there’s so much about him that’s hard to turn away from that you can’t help but hang on his every move and word. Sure, he’s not the protagonist that we stand behind the whole time, but the man commands the screen every time he’s up there, and it’s a true testament to the acting-ability of Yeun, who I knew was much better than what the Walking Dead was giving him.

Like I said though, Yeun’s not the lead, nor is he our eyes and ears of the story – that honor (?) is given to Yoo Ah-in who does a solid job at making us think of Jong-soo’s possibly darker intentions. We’re never sure if he’s a good guy, or even a mentally-stable one, but watching him as he navigates through his life, think of what is going around him, and just follow his heart, well, it’s a true sight. Same goes for Jeon Jong-seo’s role who does a great job still making us curious about what Shin is all about, who she really is, and why all the lies.

Once again, saying too much. Just see it and get ready to talk. And think.

Consensus: Complex and inexplicably engaging, Burning remains a smart, character-driven drama with solid performances, while always hinting at something darker and disturbing beneath the surface.