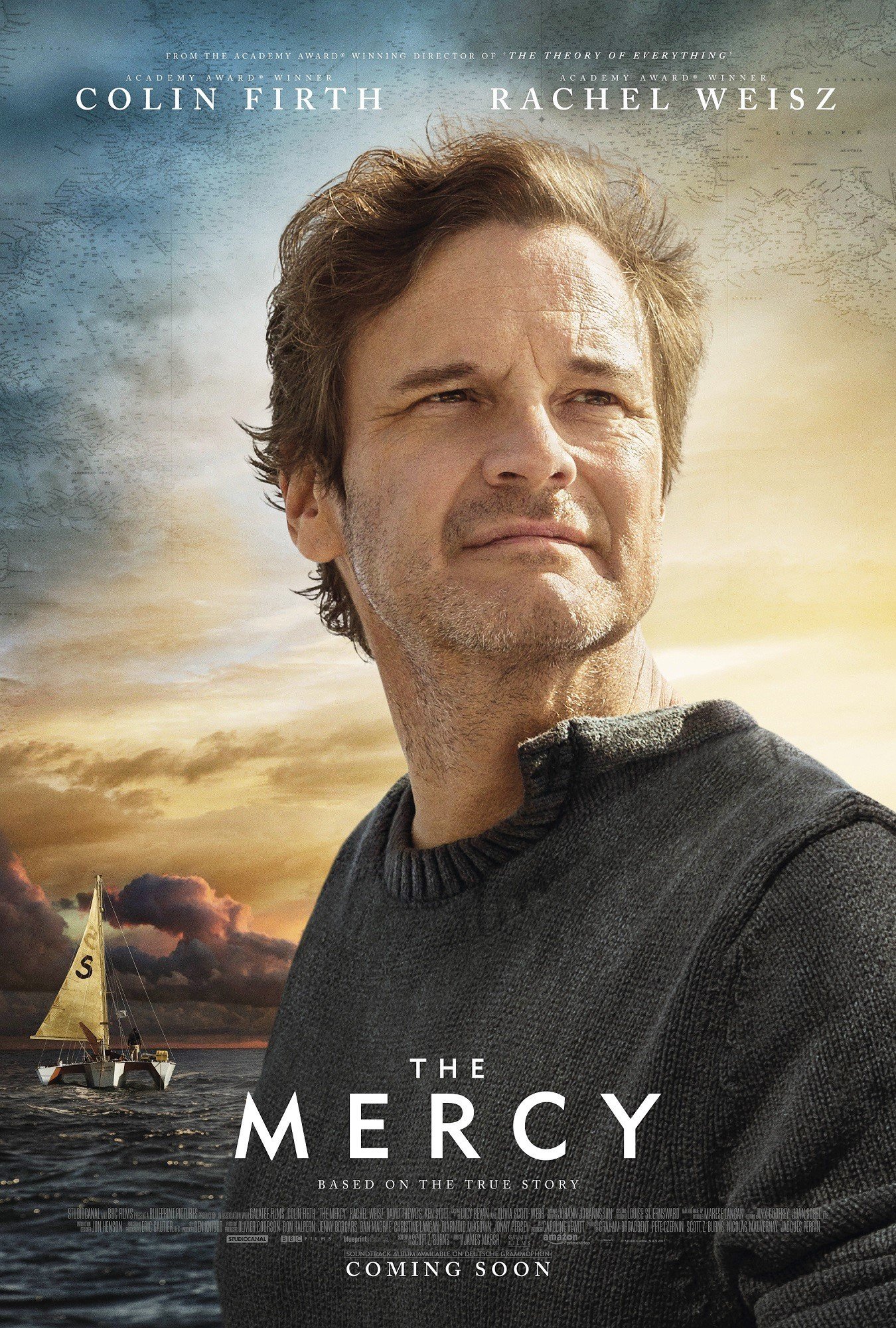 Turns out, trying to navigate around the globe by yourself, yep, not a good idea.

It’s 1968 and normal, everyday man Donald Crowhurst (Colin Firth), wants to compete in the 1968 Sunday Times Golden Globe Race in the hope of becoming the first person in history to single-handedly travel around the globe. It’s something that any accomplished sailor would be pretty terrified of doing, which is why an amateur sailor like Donald has everyone and around him doubting him and also a little scared. Most importantly, his wife Clare (Rachel Weisz), who is supposed to be staying at home, raising their two daughters while he’s off at sea. And while she no doubt supports him in every little thing he does, this time around, she’s obviously worried. Still, Donald intends to complete his goal and make it back home, as a true hero.

Unfortunately, things don’t always pan-out the way we wish they would.

The Mercy reminded me a lot like All is Lost, except that in this case, the movie was clearly going for an Oscar. There’s a narration, a lot of talking to one’s-self, a loud score, and most importantly, tons and tons of flashbacks to give us a better idea of the life this man used to lead back on the grass. It reminded me why a movie as simplistic as All is Lost was something wonderful, but it also reminded me that run-of-the-mill biopics, no matter who they star or what they are about, don’t hold the same excitement as something original and compelling.

And it’s why the Mercy, try as it might, doesn’t ever seem to get off the ground. It’s interesting that director James Marsh (who knows a thing or two about formulaic biopics, like the Theory of Everything) and writer Scott Z. Burns would choose the story of Donald Crowhurst to adapt to the screen, considering we all know how unfortunate it ends and how, when the man actually does get out to sea, we don’t know a whole lot of what had actually happened, or what he did. It’s as if there’s a neat little mystery-element to the proceedings that make this more than just another biopic about a man trying to do heroic things, but at the end, when all is said and done, that’s what it is.

Another biopic about a man trying to do heroic things.

Which is to say that the Mercy is a little boring and conventional, even when it seems to be trying to say something about men like Crowhurst’s want and need to be relevant and remembered, almost despite themselves. Even his selfish act of possibly perishing and leaving two kids and a wife back at home, just so that he can be put in the record-books, is something of a shameless act that’s never totally discussed. Mostly, the movie treats Crowhust as a tragic-figure who had too much ego to save his life, but even then, it still takes a few liberties with him and doesn’t exactly land the punches you think it would.

If anything, the movie pretty much depends on Firth to do all of the heavy-lifting as Crowhurst and though he’s more than up to the task, it’s painfully obvious that the movie doesn’t have much else to offer, except that. And it’s a shame, because as we know, with the right material, Firth can work wonders – but if he’s given nothing, then he’s sort of a deer in the headlights, being his usual dependable-self, but also not really adding anything in the meantime. Even Weisz’s Clare feels like she’s there to be just to portray the grieving wife and that’s about it. It’s another shame, too, because she’s also a great actress that can work wonders with the right material.

Consensus: Though Weisz and Firth do whatever it is that they can, the Mercy mostly ends up being a formulaic, run-of-the-mill biopic that never really digs in deeper about its tragic true story, nor does it really make us understand the figure behind it all.