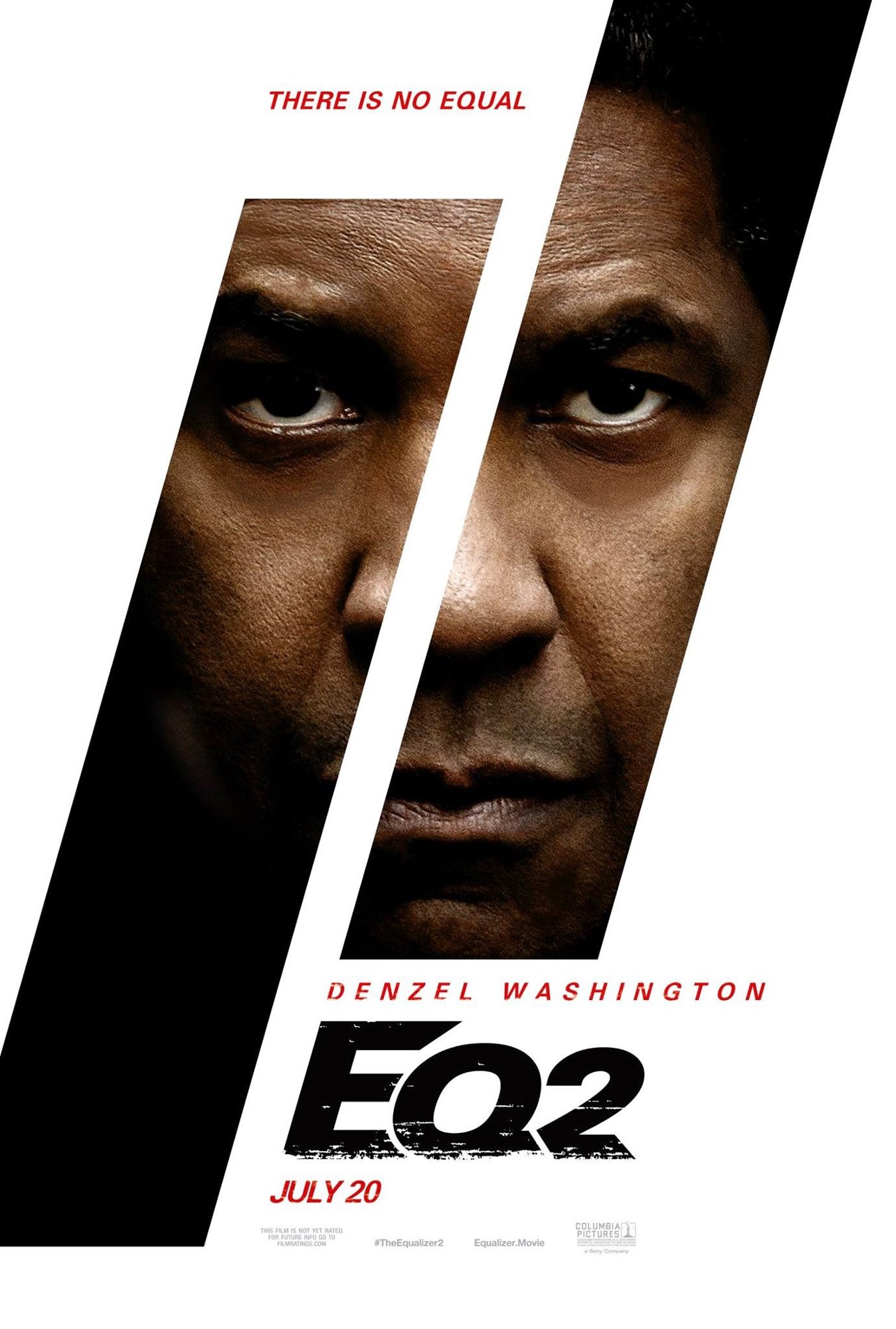 He will find you and he will kill you. And then maybe rent a book out for you?

Even as the days go by, Robert McCall (Denzel Washington) is still doing what he can to save the world around him and help those he loves, one deadly deed at a time. It’s become so natural for him, that he’s become a peacekeeper for just about everyone he meets and encourages a young teen (Ashton Sanders) to hopefully take to his ways, in hopes that the world will be a safer place. But Robert’s relatively sweet and peaceful existence is challenged when one of his closest and most trusted friends, Susan (Melissa Leo), is kidnapped and killed. But by whom? Or better yet, what? Robert sets out on his little adventure of sorts to uncover the truly painful web of lies and back-stabs that he doesn’t even know if he can handle. However, when push comes to shove, you know he’s always going to do that one thing that makes him so special in the first place: Equalize!

It’s always hard for me to relate to people when they go on and on about Antoine Fuqua being a “great” director. Sure, he’s clearly talented, he knows how to shoot action-sequences real well, and for a man of color, to be directing as long as he has, with the numerous stars attached to each and everyone of his projects, it’s quite respectable. That said, he’s the kind of director who makes silly popcorn movies, but he’s honestly the worst kind: The kind who thinks that his movies are far more serious and enlightening than they have any right to be.

Most action movies know that they aren’t made of any substance and have fun with it anyway – others, like most of Fuqua’s, don’t realize this and instead, try to do certain things with their material that doesn’t quite click because everything else that’s going on around it is already so stupid. Even a movie like Training Day, while on the surface it may be about corrupt cops and the lengths some will go for justice, is mostly just about how bad-ass Denzel is. And this is fine, but it also runs into the same problem that most of Fuqua’s movies run into and that’s they don’t have enough meat to really fill everything out. The action, the excitement, the silliness, and the general craziness is all there, but when his movies try to be smart, deep, or even serious, they just don’t know what to do with themselves except flop around and hope you learn something.

So “great” director? Nope, not really. And it’s why the Equalizer 2 is exactly what I expected it to be and nothing else.

See, once again, we get a lot more of Denzel being suave, commanding, and as bad-ass as a 63-year-old man can get with this sequel, but at the same time, we also get more chances for the movie to try and be about something more that, as expected, just doesn’t connect. For instance, there’s an aspect of the movie that wants to be so desperately about gangs, poverty, and the constant violence running amok on our streets, but also uses these points to just show how quickly they can be solved when Denzel shows up flashing dual-pistols. And even for a movie that tries to be about going above and beyond violence, it still does an awful lot of killing in heinous, gruesome ways.

But hey, once the action gets going and is up there on the screen, like I said before, Fuqua does his thing and there’s no one better. The man knows how to keep set-pieces constantly building and building to the point of where they are so extreme and crazy, that they’re almost believable, as well as being easy-to-follow. This works because we feel the kicks, the punches, the shots, the explosions, and the constant stream of deaths, even when it seems like the movie doesn’t want you to be so happy about them, but at the same time, sort of does. It’s a weird gray area that so many action movies face, and the Equalizer 2 is no exception.

It just also happens to have one of the greatest actors alive being a bad-ass.

So yeah, it’s got a little something more to offer.

Consensus: When it’s focused on being a silly, over-the-top action movie, the Equalizer 2 knows what it’s doing, but anything more, it’s a little troubling and confused.