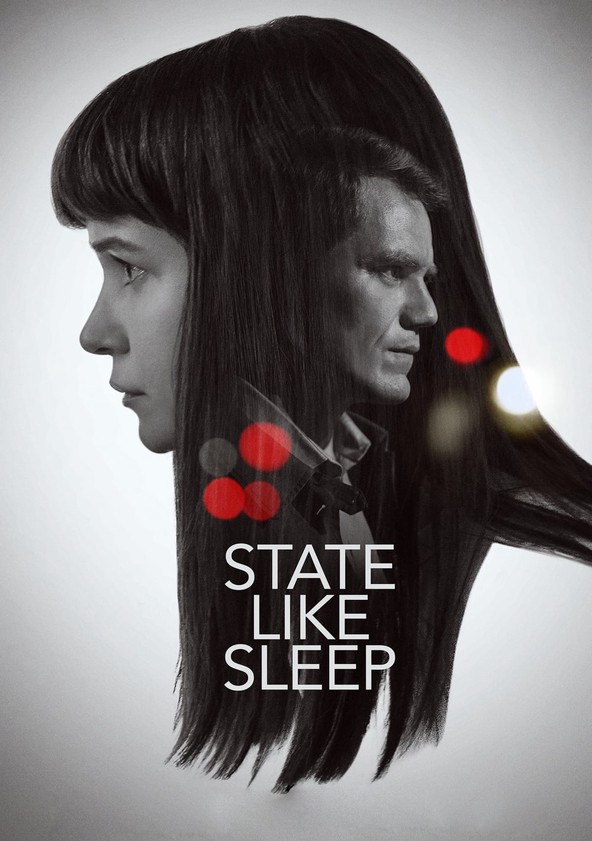 Katherine (Katherine Waterston) is still reeling from the tragic suicide of her husband (Michiel Huisman), an actor who was getting more and more notoriety right up until his death. But for some reason, something just isn’t sitting right with Katherine and she decides that it’s up to her to figure out whether or not it actually was a suicide, or something more? And to give her some clues is a high-end sex-club that features all sorts of rich and slightly shady people that it turns out, she didn’t know anything about and may actually have a hand or two in what happened to her husband.

State Like Sleep is a movie you want to like more simply because of the people involved, but really, there’s not much to it. It’s sort of a character-study about a woman who we never get to really know; it’s sort of a murder-mystery where there’s not much of a mystery; and it’s also sort of a thriller, where there’s not really many thrills or chills. It’s basically a movie that tries its hand at a few different things and doesn’t really come up with much of anything.

So is there any point in even bothering to watch it?

Well, yes, sort of. As per usual, Waterston is great and proves to us why she should be a much bigger actress in the world today. Even in the scenes where the attention isn’t all that focused on her and instead, on some of the weirder performances around her, she’s still an admirable and compelling presence that you can’t help but take notice of. Sure, some of that has to do with her surprisingly-tall frame, but a good portion of that has to do with the fact that she just carries something with her from scene-to-scene and it’s easy to want to follow her along on this dark and weird journey.

Even if, you know, it’s not really a journey at all.

Cause like I said before, State Like Sleep is a movie that shows some promise early on, but once Katherine begins searching for clues and looking for answers, the movie actually gets more uninteresting. This is when we start to get random supporting characters like Luke Evans over-the-top baddie, or Michael Shannon’s surprisingly sweet, but also possibly mysterious, nice guy, and after awhile, none of it seems to make much sense, nor does it seem like it really wants to. Writer/director Meredith Danluck seems to have cobbled together a solid ensemble of people to work with and bring something to her help lift-up her material, but there’s truly only so much talented actors can do.

And that’s all there really is to State Like Sleep: It’s fine if you aren’t really expecting much at all. It’s early January and because of that, we know to expect a lot much worse in the next few months, so gear up, and get ready, because something as mediocre as this will begin looking a whole lot more amazing soon.

Consensus: Regardless of the talented cast, State Like Sleep never quite gets a move on and seems to be figuring itself out as it goes along.